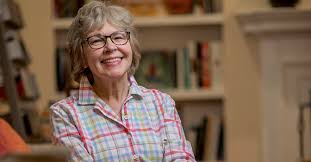 Attorneys on the ground dealing with President Barack Obama’s executive order deferring the deportation of up to 5 million undocumented immigrant say they are concerned about unscrupulous “notarios,” notary publics who prey on people seeking legal status.

While some Republicans accuse the Democratic president of acting like a monarch and Obama challenges a do-nothing Congress to pass meaningful immigration reform, lawyers in the field have other concerns. Besides the potential for notario fraud, the president’s plan has gray areas that muddy prospects for individual relief.

Either way, immigration attorneys expect a busy year—already overwhelmed by the influx of unaccompanied juveniles streaming across the Mexican border—to get even busier.

“We are already getting calls for help and lots of questions,” said attorney Cheryl Little, executive director of Americans for Immigrant Justice in Miami. “As a nonprofit agency, our resources are already stretched to the limit. We are trying to figure out how to do the best job possible for as many folks as possible who can’t afford private attorneys.”

Little’s biggest fear is the people eligible for deferment will turn to notarios, non-attorneys who offer cut rates but often little real service.

“In a worse-case scenario, a notario can do a shoddy job, submit it and then it will be denied, and then immigration authorities have your contact information,” she said.

Ira Kurzban, an immigration attorney with Kurzban Kurzban Weinger Tetzeli and Pratt in Miami, said notarios are not qualified to practice law.

“It is a major concern from many groups,” he said. “People tend to go to the lowest cost possible. I always tell clients, ‘Would you go to a medicine man instead of medical doctor because he is cheaper?’ ”

Practitioners say the solution is to spread word of Obama’s program fast. Immigration attorneys are already showing up on news shows on English- and Spanish-language television and radio stations.

Miami attorney Tammy Fox-Isicoff, a past president of the chapter, said she wants to get the word out for immigrants to get their paperwork in order. The U.S. Citizenship and Immigration Services has said it needs at least three months before people can start applying for protection from deportation under the executive action.

“The devil will be in the details. I don’t think it will be as cut and dried as everyone thinks,” she said. “We are going to see how this unfolds, who they prioritize.”

Obama’s executive order defers deportation for undocumented parents and families of children born in the United States if they have no criminal records. Obama also said about 300,000 undocumented immigrants who came to the U.S. illegally as children are eligible.

Undocumented farmworkers are not addressed.

Among those who are not eligible are immigrants convicted of a “significant misdemeanor” or worse. A number of undocumented immigrants have drunken-driving records, which could make them ineligible, Fox-Isicoff said.

Questions involve the status of men who fathered a child out of wedlock or are divorced and not paying child support.

Besides deferred status, Obama’s order sent more resources to border security and changed the mission to deporting new arrivals and immigrants with criminal records while leaving those living in the shadows peacefully alone.

Among those not covered are unaccompanied juveniles who fled violence in Central America.

The Tea Party wing of the Republican Party has been extremely critical of the executive order.

“The audacity of this president to think he can completely destroy the rule of law with the stroke of a pen is unfathomable to me,” said U.S. Rep. Steve King, R-Iowa. “It is unconstitutional, it is cynical, and it violates the will of the American people.”

While Obama’s executive order could be derailed by his successor, the political consequences with Hispanics—a growing and influential electorate—could be significant, Fox-Isicoff said.

The greatest relief from streamlining enforcement may be for immigration authorities and courts, which are scheduling cases for 2017.

“We can’t even deport the people we have in the system. The courts are so backlogged, they don’t have capacity,” Fox-Isicoff said.

Attorney Michael Vastine, director of the immigration clinic at St. Thomas University School of Law in Miami Gardens, doubts many immigrants will come forward to tell authorities where they can be found even if it means they can stay and travel legally. By their nature and historically, they tend to be cautious lot, he said.

“There’s very good and very bad things about coming out of the shadows,” he said. “The carrot aspect is very strong.”
http://www.dailybusinessreview.com/id=1202677412535/Fraud-Warning-Attorneys-Warn-About-Notarios-Offering-Cheap-Immigration-Help#ixzz3K72w2EIm