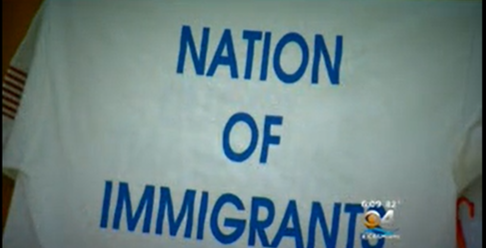 WASHINGTON (CBSMiami) — As many as 48,000 so called Dreamers, undocumented students and workers who came to the U.S. as children, and had been protected from deportation by the DACA (Deferred Action for Childhood Arrivals) policy, now face the prospect of immediate detention and deportation.

Among 154,000 Dreamers whose eligibility had or would expire, did not apply for renewal by Thursday’s deadline.

In any event, some 800,000 Dreamers nationwide will face an end to DACA protection unless Congress moves to enact it as law.

“Some of those who did not apply to renew may have decided to go underground. They might want to remain in the shadows and not let immigration officials know of their whereabouts,” said attorney Adonia Simpson with the group Americans For Immigrant Justice, with the prospect of DACA being terminated on March 5th, a deadline set by President Trump.

The President has called the Dreamers “good kids,” and has said it’s up to Congress to bring them relief if lawmakers want it. A variety of measures that would make DACA permanent in some form or another have been introduced in both houses, but so far none has come to a vote.

In Doral, at the office of U.S. Senator Marco Rubio, a group of undocumented parents, many of them domestic or service workers, held a demonstration calling for comprehensive immigration reform that would protect all undocumented, but otherwise law-abiding, immigrants.

“We need Senator Rubio to stand with his community and support a clean DREAM Act that protects immigrant youth, without deporting their parents and separating their families,” said Yaqueline Lopez, an undocumented mother whose daughter, for the moment, is protected by DACA.

Rubio has said he will support a congressional measure, making some form of DACA permanent, but he has said he doesn’t think it would pass if broader immigration issues are included. Rubio, early on in his Senate tenure, attempted to lead a bipartisan effort to achieve a comprehensive immigration reform plan, but quickly retreated in the face of widespread backlash amid broad anti-immigrant sentiment.

Read it on CBS Miami here.