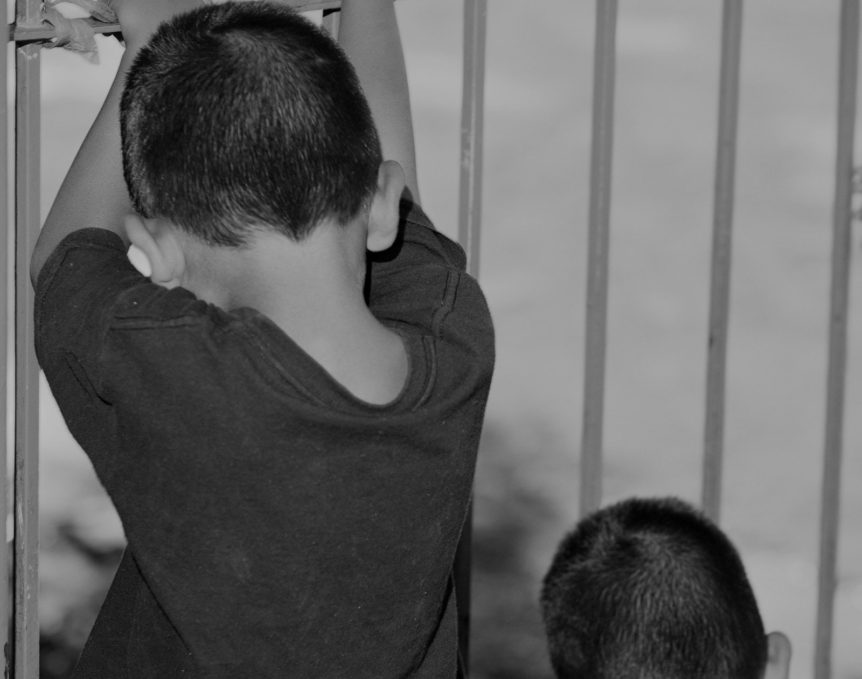 On Wednesday afternoon, President Trump traded one border crisis for another: instead of separating immigrant children from their parents, it appears that the U.S. government will now detain moms and dads indefinitely alongside their sons and daughters. New questions will now be asked. Can Trump really get the courts to dismantle the Flores agreement, a legal settlement from 1997 which enshrined protections for kids held in the government’s care? (Flores requires, for starters, that kids be held in the “least-restrictive setting” possible, and currently limits their detention to twenty days.) How will the Administration insure that kids who have been separated get swiftly reunited with their parents? And what legal fate will meet those kids whose mothers and fathers cannot be located, long after the news crews pack up their bags?

The case of an eight-year-old child named Pedro offers an unsettling preview. An indigenous boy from Guatemala, Pedro was among the first immigrant children to be taken from a parent under the Trump Administration, in an early round of separations that began many months ago, largely outside of public view. His legal circumstances are a crystal ball, of sorts, into the challenges that lay ahead for the more than twenty-five hundred immigrant kids who’ve recently faced family separations. Many of these children may be placed with sponsors and put into removal proceedings well before they locate their parents—if they’re able to do so at all.

In July of 2017, Pedro and his father crossed the border through the desert into Arizona, where five immigration officers apprehended them. “He said that they threw his father to the ground and stomped on him,” Jennifer Anzardo Valdes, the director of the Children’s Legal Program at Americans for Immigrant Justice, told me, describing the child’s account. “He vividly recalls the separation. It’s haunting him—how he screamed and cried and how his father was ripped away without any explanation whatsoever.” No immigration agents at the scene spoke Acateco, which is the child’s language. “All he understood was that he wasn’t going to see his father again,” Valdes told me. Nearly a year later, no trace of the dad has been found.

Authorities managed to identify Pedro’s aunt, to whose custody he was released in South Florida. But after the U.S. government filed removal paperwork against him, the boy was expected—at the age of eight—to represent himself in immigration court. (Immigrant children have no legal right to public counsel.) Faced with the boy’s imminent deportation, Pedro’s aunt sought help from Americans for Immigrant Justice. For months, Pedro’s legal team, along with his aunt, searched without success for his father. Had he been deported? Was he in detention? Had some harm befallen him? After all these months, no one knows.

Pedro’s story foreshadows a future chapter of the border crisis, with more children and families weaving their way through perilous immigration proceedings and shifting norms for asylum eligibility, with little or no support to make their case for protection. Some kids rendered “unaccompanied” by the government, like Pedro, will have to make their case for legal relief without the help of a parent who knows the full reasons why they fled. Later this summer—more than a year after he was originally separated from his dad—Pedro will appear before an immigration judge. (So, too, will a three-year-old girl whom Valdes’s team represents, who was taken from her father at the border last July.) Most likely, none of the court officials will speak Pedro’s language; the boy will communicate with a judge through an interpreter. Valdes’s team speaks with Pedro using a dial-up Acateco interpreter service. “Even teaching him to use an interpreter through a phone is a new concept—he doesn’t necessarily understand who is on the other end of the phone, and whether he can trust the person,” Valdes said.

Will Americans sustain their interest in kids like Pedro when they enter the life-or-death stakes of removal proceedings? And what about the children and parents who must now fight their deportations from the confines of detention, where there is often scant access to legal counsel?

The story of the “unaccompanied-minors crisis” of 2014 offers evidence of our poor capacity, as a society, to focus long-term attention on migrant and refugee children. That summer, President Barack Obama declared “an urgent humanitarian situation” at the country’s southern border, as growing numbers of unaccompanied minors and parents with children appeared there, fleeing gang violence in Central America. After more than a year spent ignoring the soaring numbers of child asylum seekers, countless news crews camped out at the border, taking photos of small children who had been shuttled into military barracks and mothers with infants crowded into “hieleras”—the so-called “iceboxes” operated by U.S. Customs and Border Protection. The Obama Administration detained many of these families and placed them in a string of detention centers, and attention quieted as most moms and kids got released on bond, left to face the risky prospect of removal.

For months, most Americans then forgot about these families as they went before judges to plead for their right to stay. (Without an attorney, a child’s odds of deportation, in 2014, was about eight-five per cent, according to the Transactional Records Access Clearinghouse, at Syracuse University; the odds were also bleak for asylum-seeking mothers detained with their kids.) For the children of the current crisis, there are many high-stakes moments ahead, which will demand public scrutiny: there is the likelihood of removal proceedings, for instance, which may result in certain children’s deportations, or the challenge of sending kids back to parents who’ve already been deported, to countries where the conditions that spurred their original flight haven’t quelled.

On Tuesday, Valdes told me that she was worried about the fate of other kids like Pedro who cannot find their parents, even after a protracted search. Not all family separations can be undone, she said, even if the President agrees to try; the haste and carelessness with which the children were taken away will make the process all the more daunting. But as she imagined the President’s possible policy responses, one, in particular, troubled her: the idea that the Flores agreement would be an easy target. “It’s very frustrating to hear them decry Flores protections as a ‘loophole,’ and we’re so worried that these protections are going to be taken away,” Valdes said. The Flores agreement, she emphasized, emerged from a lawsuit alleging that the government was “jailing kids and the kids weren’t getting their basic rights—toilets, showers, medical care.”

Less than twenty-four hours after Valdes voiced this concern, the President formally called for the evisceration of Flores in his executive order. Will Trump’s “solution” effectively quiet the country, and the sobbing of children who’ve kept so many Americans awake at night? Valdes insisted that Wednesday’s order was not a victory. “Detaining children indefinitely is not the solution,” she said. And there are still countless kids who don’t have a clear route back to their parents. Pedro, for one, has regular fits of tears, faces a removal order seeking to deport him, and has a father still to be found.

Read it in The New Yorker here.