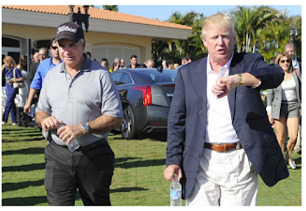 They’re so scared, these refuge-seekers in President Donald Trump’s America, that their immigration attorney will not even identify the country from which they fled rampant violence. But it was one of Central America’s violent northern triangle countries, meaning Guatemala, Honduras, or El Salvador.

“They were running for their lives,” Abel S. Delgado tells me. “This family was targeted, got threats from a man connected to gangs, and there was violence toward the family.”

The attorney, who works at the Miami-based organization Americans for Immigrant Justice, is not only trying to save the lives of this mother and her two teenage sons by keeping them in South Florida, where they’ve been able to receive a multitude of needed services from a network of community agencies. He’s also waging a battle with Homeland Security and immigration courts to keep their family unit intact.

It’s a herculean task in these times.

In deportation after deportation, we’re seeing a different picture emerge that’s much harsher than even immigration opponents imagined, and certainly different from President Obama’s record deportation of the undocumented with criminal records.

The Trump administration is deporting not only “bad hombres” as Trump described them, but wage-earning parents of American children with no criminal record.

Last week, the story of Roberto Beristain, an Indiana restaurant owner from Mexico, married to a Midwesterner who voted for Trump, made news all over the country. He’s the father of four, has been in this country for 19 years, and doesn’t even have a parking ticket on his record. Yet, after reporting to his routine check-in at an immigration office, he was detained and held for deportation.

What purpose does that serve this country?

It’s inhumane — and fixes nothing.

And, if that can happen to a man with a loving American wife and an entire pro-Trump town standing behind him, imagine what it’s like for the anonymous others who’ve fled gang violence and killings – and are horrified at the prospect of deportation. Lucky for Beristain, he was released on a $3,000 bond. But what about others?

“They live in fear,” Delgado says of the mother and sons he’s trying to help and thousands of others in similar circumstances.

Even when they could well be on their way to becoming residents and citizens there’s cause to worry.

The oldest son, a 16-year-old when he fled Central America, became separated from his mother and brother at the border crossing and was admitted as an unaccompanied minor. A Miami Dade College student now, he’s eligible for a U-visa set aside for victims of crimes – and their immediate family – when they’re willing to help law enforcement and government officials in the investigation and prosecution of criminal activity.

But only 10,000 of these visas are given a year and there’s a backlog. Delgado fears that before this family’s turn comes up – and with ICE instructed to act so broadly and swiftly by the Trump administration – the mother, who has a work permit but also an order of removal, may be taken away from her children.

Trump’s executive orders have created tremendous angst and uncertainty about how immigration authorities will implement them at a local level. When the Trump deportation apparatus is churning out deportees at full speed across the country, it’s only a matter of time before the principles of family unity are thrown out the door here, too.

The Central American children in our midst merit the community’s support. Ordinary citizens can help by asking members of Congress to deny Homeland Security’s budget request for $3 billion to increase mass deportation forces and detention centers.

Separation is tragic for any family, but for youth who have endured traumatic events, the deportation of a parent compounds the suffering.

The Trump administration seems blind to what they’ve unleashed – and deportations aren’t the only inhumane practice being contemplated.

Department of Homeland Security Secretary John Kelly has said that the administration is considering a policy of separating children from their parents – at the border point of entry – and keeping them in detention separately while their cases are resolved.

No heart, no compassion at all.

At the border or in our cities, the Trump policy of separating children from immigrant parents is plain evil.

Read the article in The Miami Herald here.