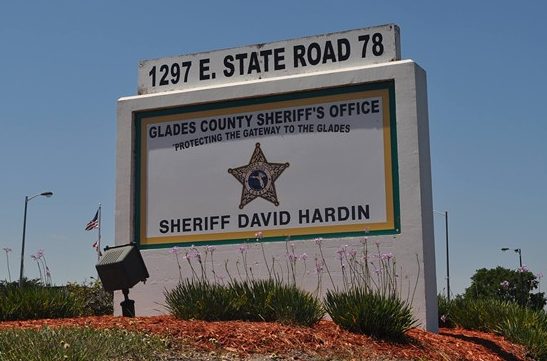 Hunger strikes have broken out in Immigration and Customs Enforcement (ICE) detention centers across the country as concerns about the novel coronavirus intensify among migrant detainees.

This weekend, a South Florida ICE facility joined that list. Immigrant activists say a handful of detainees refused to eat their Sunday evening meals as a form of protest. By yesterday morning, that number had grown to nearly 100.

Since social visits to the detention centers have been prohibited, activists with the immigrant-rights group Friends of Miami-Dade Detainees are serving as liaisons to the outside world for striking detainees at the ICE detention center in Glades County. Detainees tell the activists they are being forced to live and eat in unhygienic conditions even worse than usual. Those on strike say the detention center is no longer providing antibacterial soap to some detainees, increasing the odds of transmission of infectious diseases such as coronavirus.

Reached by phone, a staffer at the Glades County Detention Center declined to comment. In an email, an ICE spokesperson denied that there is a hunger strike at Glades. However, Conlin says he stands by the information he received from detainees and shared a text message with New Times from one detainee stating that roughly 80 people in his section of the facility had stopped eating

Much like the outside world, immigrants inside the Glades County Detention Center are on high alert about the pandemic. Detainees worry they might be exposed to COVID-19 because ICE continues to transfer immigrants between facilities across the country, according to Wendy King, a lead organizer with Friends of Miami-Dade Detainees. Detainees tell King new arrivals at Glades are not tested for coronavirus or isolated unless they show symptoms — they simply have their temperatures checked and are then admitted to crowded wards holding dozens of other immigrants.

“These people are scared for their health and their lives,” King says. “Guards have told them that things will get better, but they haven’t. They’ve gotten worse.”

Many of the allegations by Glades detainees appear to be in line with ICE policy. The agency claims to screen all new arrivals — though it’s not clear what the screening process entails — and isolates detainees displaying symptoms that meet U.S. Centers for Disease Control and Prevention (CDC) requirements.

But what about those without symptoms? According to the CDC, a person with COVID-19 might not develop symptoms for up to 14 days. Though the CDC believes symptomatic people to be the most contagious, individuals without symptoms can spread the disease. ICE policy says detainees who don’t show symptoms but still present an epidemiological risk are housed in a single cell or as a group, depending on available space.

Glades is one of at least four ICE facilities where detainees are conducting hunger strikes in response to concerns over coronavirus and shortages of soap and other necessities. However, there have been alternative protests and physical altercations with guards at other facilities. Yesterday, during a presentation on COVID-19 at an ICE processing center in La Salle County, Texas, more than 70 immigrants were pepper-sprayed by guards amid protests by a group of detainees. Two days earlier, guards at another ICE facility in Texas pepper-sprayed dozens of immigrants who demanded their release because they feared catching coronavirus.

While county and state jails across the country have begun releasing thousands of inmates, ICE has been adamant about keeping every last detained immigrant in custody. Immigrant activists have warned that unsanitary conditions and close living quarters in detention centers provide an ideal breeding ground for COVID-19, threatening the 38,000 immigrants currently held by the agency, as well as staff working in ICE facilities.

“There is no such thing as social distancing in these facilities. It’s impossible,” says Jessica Schneider, who runs the detention program at Americans for Immigrant Justice. “Glades is a ticking time bomb when it comes to coronavirus infections. It’s not a question of if, but when.”

On Tuesday, ICE reported that one of its detainees in Bergen County Jail in Hackensack, New Jersey, had tested positive for COVID-19. The detainee is reportedly being quarantined and those who came into contact with the person are being monitored.

Glades County Detention Center is one of dozens of local and county jails that have intergovernmental service agreements with ICE. Under such agreements, Glades County houses ICE detainees in its facilities in exchange for payments from the agency.

This story has been updated to include comment from ICE.