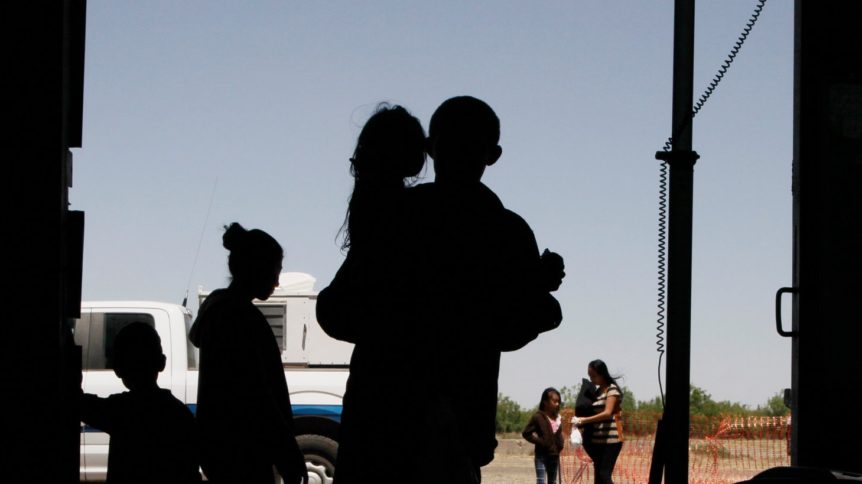 Speak up. Donate. Educate yourself. Vote.

By The Editorial Board

The United States needs an immigration policy that combines border security, justice and humanity. No one with a conscience can look at the photo of an asylum seeker and his 23-month-old daughter lying dead on the bank of the Rio Grande and accept the status quo.

That single tragedy, reminiscent of the photo of a drowned Syrian boy washed up on a Turkish beach in 2015, has the power to clarify a vast, long-running problem that has already claimed many lives. What it should also do is prompt urgent action from the country’s elected representatives to compromise over their many differences and resolve a stalemate that is no longer tolerable.

President Trump has made agreeing on an approach to immigration in the United States more difficult. He has done so by systematically creating a false narrative of immigrants as job-stealing criminals, by insisting that there is a crisis of illegal immigration where there is none and, most maliciously, by dreaming up schemes to torment these people in the perverse notion that this will deter others from trying to reach the United States.

The most appalling of these has been the separation of children from their parents and detaining them in conditions no child anywhere should suffer, and certainly not children in the care of the American government. At a recent hearing before a federal appeals court in San Francisco, judges were stunned by the administration’s arguments that children sleeping on concrete floors in frigid, overcrowded cells, without soap or toothbrushes, were being kept in “safe and sanitary” facilities, as required by law. “You’re really going to stand up and tell us that being able to sleep isn’t a question of safe and sanitary conditions?” asked one judge. (John Sanders, acting commissioner of Customs and Border Protection, the agency responsible for temporarily housing the migrant children, announced Tuesday that he would be leaving his post at the end of next week.)

Mr. Trump’s latest display of cruel bluster was the announcement, and then the delay, of nationwide raids to deport undocumented families. In fact, deporting immigrants who have exhausted their legal claims is not uncommon — President Barack Obama, remember, was often referred to by immigration groups as “deporter in chief” — and the targets of these raids are not random. But Mr. Trump sought to use the operation to strut before his base and extract concessions from Democrats, and spread panic through immigrant communities. His announcement delayed action by Congress and made the operation that much more difficult by warning those targeted for deportation. Then he tweeted that he was delaying the raids for two weeks.

The stalemate on immigration is a choice that Americans do not have to accept. You can help end it. Here’s how:

Call Congress, your mayor and local representatives. Contact your members of Congress and tell them that you want impending raids by Immigration and Customs Enforcement to be called off and detention conditions improved. The legal defense nonprofit Raices has provided a template and an online form that you can use to email your congressional representatives. You can also reach out to your local officials to ask that they initiate plans to help immigrant communities that are affected by the raids. This official government website has provided links to finding your city, county and town officials.

Report and document raids and arrests. The National Immigration Law Center has suggested reporting raids to local hotlines, such as United We Dream’s MigraWatch. Raices has urged that people verify any social media posts saying ICE has been spotted before sharing or retweeting them because false alarms could spread fear in immigrant communities.

Donate to humanitarian efforts. Many immigrants are not informed of their legal and civil rights as they pursue asylum or face deportation. Several nonprofits are providing free legal representation and other services for immigrants and the families of those detained. United We Dream, the American Civil Liberties Union, Mijente, Immigrant Families Together and the Immigrant Justice Corps are coordinating advocacy and services at a national level. Local organizations providing legal aid include the New Sanctuary Coalition in New York, Las Americas in El Paso and Raices in Texas, Americans for Immigrant Justice in Florida and the Denver Immigrant Legal Services Fund in Colorado.

Inform yourself and your community. The A.C.L.U., which joined forces with Brooklyn Defender Services, has shared a “Know Your Rights” page for encounters with ICE. It has also provided a videoto help understand your rights and what to do if ICE officials come to your home.

Hold political candidates accountable. While the presidential primaries are at least seven months away, you can prepare to cast your ballot for a more humane border policy by following what each candidate has shared about his or her plans for immigration reform.

Speak up. Protest marches and other civic actions to end detention camps and squalid conditions for children and families are expected across the country in the coming weeks. You can also take part in Lights for Liberty, a nationwide vigil on July 12. Locations for the vigil include:

Read it via The New York Times here.