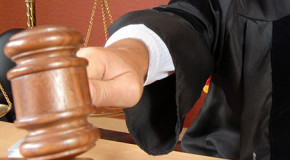 AI Justice Wins Asylum in Case of First Impression
AI Justice successfully argued that asylum should be granted to the brother of a victim of a sex trafficking ring.  After the sister courageously reported the trafficking to the authorities, resulting in the  traffickers’ convictions, other members of the ring began to threaten the victim’s brother. As a result, he fled to the US.   AI Justice filed an asylum petition on his behalf arguing that he should be granted asylum due to the danger he faced based on his family membership to the trafficking victim.  The claim was granted – the first such asylum claim on behalf of a trafficking victim’s family member.

Child Survivor of Haitian Earthquake Now Has Hope for the Future
Pierre is a 12 year old Haitian child.  During his short life, Pierre has experienced years of abuse and has been repeatedly abandoned.  At the age of 4 and following the death of his abusive father, Pierre and his sisters were placed in an orphanage by his mother.  Following the devastating 2010 earthquake in Haiti, Pierre was sent to the United States pursuant to a humanitarian effort for Haitian orphans awaiting the finalization of their adoption.  Though Pierre did not have a family willing to adopt him at the time, he was flown to the US along with his sisters who were traveling to be united with the families that were in the process of adopting them.

Pierre’s sisters were separated and sent to other states with adoptive families, but Pierre was sent to a shelter.  Due to the abuse and abandonment he had suffered, the court determined that Pierre was dependent, and thus AI Justice represented him, obtaining a special juvenile immigrant visa.  Although still in foster care, he is now a legal permanent resident and is on the path to citizenship with the hope for a brighter future.