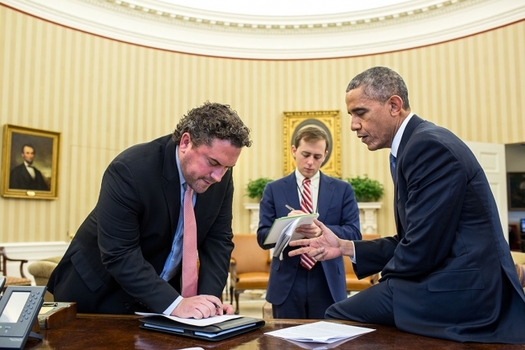 MIAMI – “What’s next?” is the question on the minds of thousands of Floridians today after President Obama’s announcement Thursday night of an executive order regarding the future of as many as 5 million undocumented immigrants. As many as 900,000 people living in Florida could be affected, according to the Urban Institute. While the order delaying deportations isn’t a permanent fix, said Cheryl Little, executive director of Americans for Immigrant Justice, it’s at least a temporary reprieve.

“Those who are eligible will be able to apply for a work permit,” she said. “In Florida, they can get a driver’s license and, at least for some time, won’t have to worry about whether or not there’s going to be that knock on the door.” Obama said he will work with lawmakers on a bipartisan, comprehensive bill of permanent changes for the immigration system. He is being criticized by some who feel this executive order is an abuse of power, with some Republicans in Congress vowing to do what they can to impede the president’s action. Even as advocates for the immigrant community welcomed some progress, they said they’re also seeking more permanent answers to keep families together, said Kica Matos, director of immigrant rights and racial justice for the Center for Community Change. “We will celebrate this victory. We will welcome it with open arms, and so, we will be out of the streets today,” she said. “And guess what we’re going to do on Monday? We’re going to go back to the hard work of continuing to fight for a permanent solution.” Little said she believes the next hurdle for immigration reform will be actually enforcing the protection offered by the president’s order. “My concern,” she said, “is that, while this announcement I think is going to be great news to a lot of people, are we going to live to see the day when it’s actually able to move forward in a fair and timely manner?” The Urban Institute estimates that Florida’s population of undocumented workers accounts for about 10 percent of the total in the United States. The institute’s research is online at urban.org.