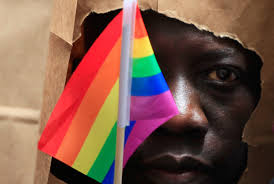 LGBTQ, civil and immigrant rights advocates are mounting the pressure on President Barack Obama regarding the abuses of detention facilities. Several dozen national, regional and state level organizations wrote to Obama about news regarding transgender women transferring to the Adelanto Detention Facility in Southern California.

The Adelanto facility, owned by the private GEO group, reportedly has a history of abusing detainees, namely transgender women. The letter, citing attorneys and former detainees, states abuses have occurred in solitary confinement, and have involved denial of medical care and sexual harassment. The aforementioned instances have occurred at GEO Group’s Joe Corley Detention Facility in Texas and the LaSalle Detention Facility in Louisiana.

“GEO Group cannot be trusted to care for transgender women or house them safely,” the advocates wrote, adding that the private company has denied or delayed necessary mental health treatment for Adelanto detainees, even shackling individuals during psychiatric appointments.

The letter acknowledged the U.S. Immigration and Customs Enforcement (ICE) agency’s confirmation that one death has been reported at Adelanto, but questions remain about other individuals’ conditions and possible deaths.

“Adelanto Detention Facility’s documented failure to prevent or address sexual assault is especially alarming. A July 2014 investigation by the Office of Detention Oversight found that Adelanto’s sexual assault case files were missing essential information and that staff failed to inform victims that they would not be deported for reporting a sexual assault,” the advocates wrote, noting transgender women are victimized at 9 to 10 times the rate of all detained persons, citing U.S. Department of Justice statistics.

Access to legal services and social support systems is apparently scarce at Adelanto. The organizations noted the detention facility is “extremely isolated,” and its location will prevent advocacy groups and visitation programs from conducting independent oversight.

The advocates agreed that, in addition to transgender women, pregnant women, families with children, and people living with HIV should stay in ICE’s detention.

“Many LGBTQ immigrants enter the U.S. seeking safety, escaping persecution and abuse, and have a strong case to be granted asylum or related protections. The most humane and common-sense way to keep LGBTQ immigrants safe is not to detain them in the first place,” the letter read.