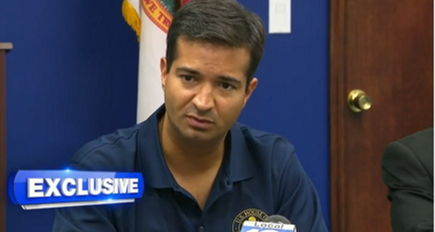 MIAMI-DADE COUNTY, Fla. – U.S. Rep. Carlos Curbelo spoke to Local 10 News Monday about the future of Haitians who depend on temporary protected status, known as TPS.

The congressman, as well as advocates and lawyers, listened, learned and brainstormed ways to help some 50,000 Haitians whose temporary protected status in the U.S. ends in January.

“There’s been tremendous insecurity in the community about this,” said Steve Forester, of the Institute for Justice and Democracy in Haiti.

“For the South Florida economy, the impact would be disastrous,” Curbelo said.

Haitian nationals have been afforded TPS since the 2010 earthquake there, and the policy has been repeatedly renewed because Haiti has not fully recovered.

The country has since endured a cholera epidemic and suffered damage from another hurricane just last year.

The goal is to eventually find a long-term and more permanent solution for Haitians who have built their lives in the U.S.

“People have made ties here,” said Adonia Simpson, of Americans for Immigrant Justice. “They have family members here, U.S. citizen children, they own businesses, they own homes.”

Curbelo is now considering taking the issue up to the rest of Congress.

“Maybe it’s time for members of Congress to put their names next to a legislative vehicle that can provide a permanent solution for these Haitian families who have been a part of our community for so long,” he said.