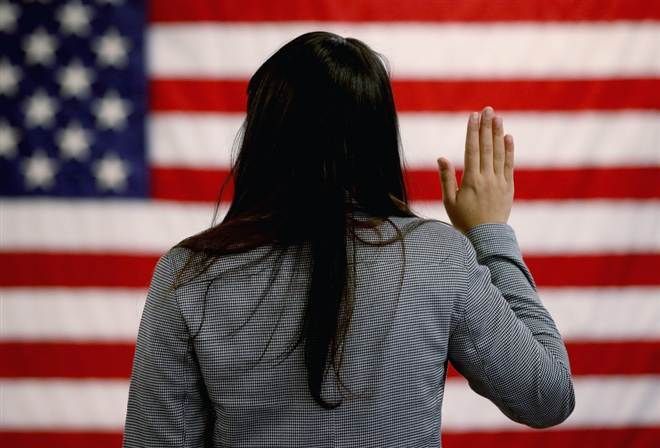 In recent weeks it has become increasingly clear that President Trump is delivering on his promise to create a massive “deportation force” and crack down on those seeking refuge in our country. The extent to which his directives undermine basic Constitutional principles is shocking and leaves no doubt that there’s “a new sheriff in town,” as one of our local immigration judges noted before a recent court hearing.

Today, virtually ALL undocumented immigrants are in the crosshairs, not just the “bad hombres” that Trump said he was going after. Immigrants increasingly feel under siege, driving further underground even lawful permanent residents and those eligible for relief from deportation.

Despite the doom and gloom, there may be a glimmer of hope. A Republican PAC—What a Country!—supports House members working for Immigration reform. Last month Representative Carlos Curbelo (Rep-FL), who formed the PAC, introduced a bill that would provide DREAMers a path to citizenship. Raul Labrador (R-ID), a former immigration lawyer and Freedom Caucus member, has also been outspoken about the need for immigration reform. He believes Trump is perfectly positioned to make meaningful immigration reform a reality because he’s a proven hardliner on border security, requesting over $1 billion in emergency funds to start building the border wall.

Doing so would be a brilliant move on the President’s part. The Social Security Administration (SSA) estimates that undocumented immigrants paid $100 billion into the fund over the past decade, and did so without any expectation of ever collecting benefits. Stephen Goss, Social Security Chief Actuary, noted that “Without the estimated 3.1 million undocumented immigrants paying into the system, Social Security would have entered persistent shortfall of tax revenue to cover payouts starting in 2009.” With Baby Boomers retiring, these monies are more important than ever.

Immigration reform can be a valuable tool in the war against terrorism. By providing hard-working immigrants already in the U.S. the ability to earn legal status and controlling future immigration through legal channels, enforcement efforts could focus instead on identifying drug dealers and violent felons. Michael Chertoff, former Homeland Security Secretary, complained that his agents were spending so much time targeting maids and landscapers, they had precious time to go after those who intended to do us harm.

Both Democrats and Republicans have long understood the need to reform our immigration laws. President George W. Bush challenged us to fix our “broken immigration system,” and in 2006, the bipartisan McCain-Kennedy immigration bill passed the Senate but failed to gain traction in the House. President Obama promised to make comprehensive immigration reform a priority, but failed to do so early on when Democrats had the majority in both the House and Senate. In 2013, a bipartisan immigration bill passed the Senate, but was not taken up by House Republicans even though the votes for passage were clearly there.

As contentious an issue as immigration is, tackling immigration reform now may actually be easier to do than tax reform or passing a $1 trillion infrastructure package, items the Administration has pledged to prioritize.

Now is the time for Republicans, who control both houses in Congress and the White House, to work together with Democrats to pass an immigration reform bill that enhances our security and bolsters our economy. In 2013 the Congressional Budget Office concluded that if Congress were to fix our broken immigration system, the federal deficit would be reduced by about $200 billion in the first 10 years alone.

On February 28th, Trump told reporters he may be open to providing a path to legalization for many of our country’s immigrants and during his joint address to Congress he said “real and positive immigration is possible.” If he were able to close the deal on this signature issue, Trump could succeed where his predecessors have failed. No mean feat.