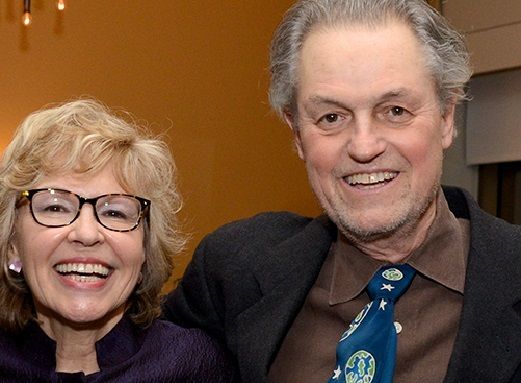 Today the world lost one of its best. Jonathan Demme was a brilliant filmmaker, true humanitarian, extraordinary human being, and our very own angel.

I first met Jonathan almost three decades ago and was immediately struck by his boundless energy and passion on behalf of our country’s most vulnerable immigrants. In 1994, he was instrumental in reuniting 200 children stranded in Haiti with their U.S. citizen parents. In 1995, he rallied a Hollywood “A List” of friends to obtain humanitarian parole for 100 orphaned Haitian children detained at Guantanamo. Later, after learning that Haitian women and children were languishing in horrific conditions while in immigration custody, he jumped on a plane to Miami to hold a news conference and was instrumental in securing their release. He also worked tirelessly to shine a light on the plight of Haitian refugees through his award-winning documentaries.

Jonathan didn’t just talk the talk, he walked the walk, taking time to visit immigrant detainees and calling for much needed change. Most recently, he used his voice to condemn the inhumane treatment of Central American children held in “hieleras” (“ice boxes”)—overcrowded cells on the Southwest Texas border where temperatures are so cold that detainees’ lips crack and turn blue.

Jonathan embodied all that is good in this world and so many of the values that we as Americans hold dear. He believed that everyone deserves a fair opportunity to pursue their dreams and used his incredible talents as a filmmaker and the platform he earned through his well-deserved success to improve the lives of others. He is a testament to the good that lives in each of us when we are able to look past perceived differences and recognize the humanity in others – when we recognize that too many don’t have the opportunity to live freely and safely simply because of where they were born.
Jonathan served on AI Justice’s Honorary Board since its founding 21 years ago, and his commitment to our work was unwavering. While changing countless lives for the better and bringing about systemic change, he worked without any expectation of recognition or reward. No matter the issue, Jonathan was a steadfast champion for justice and incapable of remaining idle while others suffered. He will continue to inspire all of us who to work to ensure liberty and justice for all.
Jonathan was a true role model and hero. I admired him crazily, loved him so, and knowing him is one of my life’s greatest blessings.