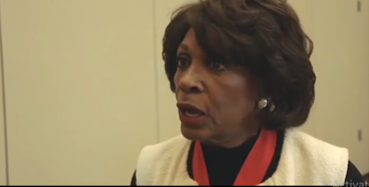 MIAMI – Monica Lazaro has defied all odds. After graduating from Coral Gables High School, her 40-year-old mom died of cancer. Students organized a fundraiser and with the help of an anonymous donor she was able to study biology at Miami-Dade College and Florida International University.

Lazaro is working as a research associate at Nova Southeastern University. She is studying chronic fatigue syndrome. She made her dad proud when she received a security clearance to work at the Department of Veterans Affairs.

The future of the 24-year-old aspiring epidemiologist could soon be derailed. She is among the estimated 800,000 migrants waiting for President Donald Trump to make a decision that could send them back to the shadows of illegality and a life in fear — now that the government knows everything about them.

“Keep your hopes up! Keep fighting! Let’s be strong,” Lazaro said to a crowd of students and activists during a recent conference at Miami Dade College.

Lazaro was born in Honduras, which has one of the highest murder rates in the world. She moved to Miami when she was 9 years old, and when Honduras already had a reputation for having more youth gang members than any other country in Central America.

Gang members threatened her dad’s life. She and her brother traveled with their parents from San Pedro Sula to Miami on tourist visas that later expired. Her mom, who was a domestic worker and entrepreneur, and her dad, who was a construction worker, talked to her about the importance of not disclosing her immigration status.

Lazaro lived with the secret until President Barack Obama’s five-year-old executive order for the Deferred Action for Childhood Arrivals changed her life. After paying a $495 application fee, she was able to get a temporary DACA card and she was no longer undocumented.

As of last year, DACA made it possible for her and tens of thousands of others in Florida to live without the fear of deportation, obtain a driver’s license, qualify for in-state college tuition and secure better jobs. The program only applies to migrants who moved to the U.S. before their 16th birthday and have continuously lived in the U.S. since June 15, 2007.

California, Texas, Illinois and New York are the only other states in the country to have more DACA recipients than Florida. The majority are from Mexico, El Salvador, Guatemala and Honduras, the three countries where drug-trafficking operations continue to fuel the proliferation of gang activity.

Trump is under pressure to keep the Central American crisis out of the U.S., and conservatives believe this can be done with a border wall and tougher immigration enforcement. They want him to abolish DACA or refuse to defend it in court to put an end to it.

Executives from Apple, Google, Facebook, Microsoft and other tech giants joined more than 100 law professors who were asking Trump to keep the DACA program.

“All DACA recipients grew up in America, registered with our government, submitted to extensive background checks, and are diligently giving back to our communities and paying income taxes,” their Friday letter said. “Our economy would lose $460.3 billion from the national GDP and $24.6 billion in Social Security and Medicare tax contributions.”

Attorney General Jeff Sessions is among those in government who oppose DACA. Attorneys generals from 10 states demanded the suspension of DACA and threatened fo file suit unless Trump begins to dismantle the program by Sept. 5. Sessions would be responsible for defending DACA if there was a lawsuit.

Miami Rep. Ileana Ros-Lehtinen, a Cuban-American Republican, and Rep. Debbie Wasserman Schultz, a Democrat, are encouraging others to defend DACA and push for the Dream Act of 2017.

Sen. Lindsey Graham, a Republican from South Carolina, introduced the bill in the senate July 20. The legislation aims to protect minors who have continuously been in the U.S. for at least four years before the law’s enactment. The new bill would create a path toward a green card and U.S. Citizenship.

An army of Immigration advocates such as the Immigration Partnership and Coalition Fund’s Mike Fernandez, Americans for Immigrant Justice’s Cheryl Little, Stand Up for Dreamers and The Florida Immigrant Coalition are doing what they can to help DACA recipients.

“We are just making sure they feel protected and supported,” said Melissa Taveras with the Florida Immigrant Coalition.

Local authorities and immigration advocates were reminding parents who are afraid that U.S. Immigration and Customs Enforcement agents don’t just come in and take children from schools. The prospect is highly unlikely.

During the Wednesday meeting in downtown Miami, Lazaro spoke for other DACA recipients from around the nation who are too afraid to stand in public. Records show some of the DACA recipients who consider the U.S. home were born in South Korea, Peru, Brazil, Ecuador, Colombia, Philippines, Argentina, Jamaica, India, Venezuela, Dominican Republic, Trinidad and Tobago, Uruguay, Costa Rica, Bolivia, Pakistan, Poland, Chile, Nicaragua and Nigeria.

While they wait, Lazaro asked the public to call their elected representatives and ask them to support  DACA and the Dream Act. She was planning on attending a vigil from 7 to 9 p.m., Friday, at the Freedom Tower in downtown Miami.

White House press secretary Sarah Huckabee Sanders said when Trump makes his decision Local 10 News Ross Palombo will be informed and there will be a press conference to answer questions. A senior administration official told Reuters Trump was expected to rescind DACA as early as Friday.

“There are a lot of components that need to be looked at,” Sanders said.