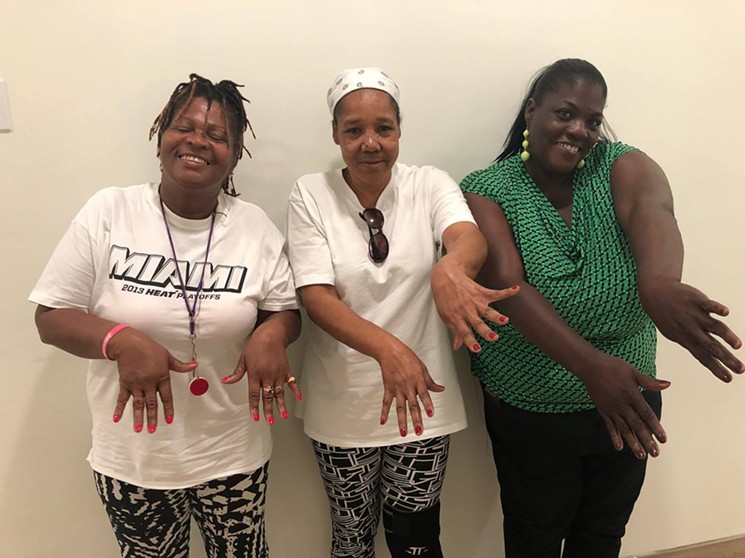 Since the earliest iteration of the feminist movement, the fight for femme equality and justice has been a push-and-pull of progress and setbacks. Even as activism claimed victories in legislation for suffrage, birth control, and equal pay, issues that specifically affected women of color, immigrant women, and transgender women, among others, have consistently been silenced and ignored.

It’s 2018. We should be doing better. Below are seven organizations you can support for International Women’s Day that make an effort to serve women and femmes in ways that account for the varied intersections of oppression and privilege.

You can provide support for the S.O.U.L. Sisters Leadership Collective in several ways. As an organization on the planning committee for the BOOM: Assembly for Black Women and Girls, it’s organizing fundraising through a crowdrise page. Wakumi Douglas, co-founder and executive director at S.O.U.L. Sisters, explains that the assembly is “focused on electoral politics and voting rights for black women and girls and building on black women and girls’ political platform approaching the 2018 elections.”

S.O.U.L. Sisters is also always looking for volunteers, most notably artists and professionals for project support and mentoring. Support for event, administrative, and operations work are also options for anyone interested in getting involved.

“Young people already have so much power,” says Douglas. “I think empowerment puts a lot of power on the the adults. We don’t see our work that way. We ask them, ‘What do you see in your community that you want to change? How do you want to do that? What do you need?’ We really take our leadership from them.”

2. Moms Demand Action, Florida. Devastating gun violence recently hit South Florida right at home, but Moms Demand Action for Gun Sense In America has been working for five years to combat gun lobbies and advocate for gun safety laws. While these origins and the most recent mobilizations have focused on school shootings, the Florida chapter of Moms Demand Action has not shied away from the fact that black teens have been fighting gun violence for a long time, or that gun violence carried out by police against black citizens like Trayvon Martin are part of the problem. This doesn’t even address the fact that 80 percent of people killed by intimate partners using guns are women, or that a woman is five times more likely to be killed in a domestic violence dispute if her partner owns a gun.

The organization announced that Drake’s donation would go entirely toward the construction of the Lotus Village, a $28 million project that will double the shelter’s capacity to 500 women and children. Because none of the funding for the project is coming from the state or federal government, Lotus House is still looking for financial support in completing the village. Its largest fundraiser to date will be the Village’s Grand Opening Receptionon April 19.

Maria Carvalho, head of community outreach at Lotus House, notes that donations of diapers, clothing, shoes, and furniture are also always a need. Whether they end up in the hands or homes of a guest or the Lotus House thrift store, donations always work in directly supporting the guests they serve.

“Partnerships and collaboration [are] all that we are about,” stresses Carvalho. Lotus House works directly with local organizations to find employment, subsidized housing, and affordable rent for guests and alumni. For those interested in getting involved, Carvalho says, “If they have a special interest, a special need, or they want to share their time, their treasure, you can contact any one of us.”

4. Aqua Foundation for Women. In terms of LGBTQ activism, the “G” component of that acronym can seem the most visible, especially in certain communities in South Florida. The Aqua Foundation seeks to provide support for the rest of the queer community, particularly in the arenas of education and community awareness.

Aqua Foundation grants aim to support local nonprofit organizations that serve the needs of lesbian, bisexual, and transgender folks, particularly by way of community engagement and grassroots training. On a more individual basis, the organization provides scholarships and mentorships to LBTQ students attaining degrees in Florida. Along with cash, Aqua Scholars are matched with mentors that facilitate discussion and skill improvement in anticipation of an annual leadership conference.

Finally, the Aqua Foundation hosts TransCon, which just wrapped up last week. The event is most importantly a resource for trans and gender non-conforming South Floridians to network and find trans-friendly job opportunities, although there are workshops geared toward trans folks and cisgender people who want to become more literate in transgender issues.

You can donate to the Aqua Foundation via aquafoundation.org.

5. Americans for Immigrant Justice’s Lucha Program. While immigration issues have been thrown into sharp focus recently, the victimization and exploitation of immigrants is not a recent development. Since 1997, Americans for Immigrant Justice has worked to support immigrant survivors of domestic violence, human trafficking, and sexual assault through its Lucha Program. The vast majority of survivors are women and children with little knowledge of the complex laws and systems governing immigration in the U.S. The Lucha Program’s main objective is providing them with free and competent legal support.

South Florida, and Miami in particular, is a hub not only for recent U.S. immigrants but also for sex and human trafficking. The Lucha Program’s client stories include slavery, rape, forced pregnancy, and intimidation, all of which exacerbate the already vulnerable status that keep immigrants from coming forward to report crimes. Through a system of community partners and legal aid, the Lucha Program helps lift these women out of poverty and exploitation.

Donations to the Lucha Program can be made directly at this link or via mail to the following address:

6. Ladies Empowerment and Action Program (LEAP). Most of the support for prison advocacy goes to male inmates and prisons, mainly because men’s incarceration outnumbers women’s. According to Mahlia Lindquist, executive director at LEAP, this not only limits support for female inmates, but neglects the specific struggles they endure.

“Over 90 percent of our women were victims of sexual violence as children,” Lindquist explains, “which for most of them meant eventually self medicating with drugs and alcohol. The vast majority of them — the statistic is over 70 percent — are victims of domestic violence.”

LEAP combats this on several fronts, from trauma-informed substance abuse therapy to meditation and journaling. The main objective of the LEAP program is to gather women within one year of their release and provide them with tools for resume building, interviewing, and entrepreneurship in order to combat recidivism. LEAP houses a small group of graduates from its program, and they help to connect other graduates with landlords that will rent to ex-offenders.

While LEAP gets support from the Women’s Fund, its primary need is still financial. Its most recent project has been the opening of the Dragonfly Thrift Boutique, which employs graduates while simultaneously raising funds for the program. The grand opening is this Thursday, March 8, but the store is actively accepting donations of goods and looking for volunteers. Of course, following LEAP on social media and sharing literature on female inmates is a more passive, but still essential, form of involvement.

“Until we change the hearts of minds of the community about supporting ex-offenders, we’re not doing our job,” Lindquist says.

Donations to LEAP can be made via leapforladies.org. Inquiries into other means of support can be sent to [email protected]. The Dragonfly Thrift grand opening will take place at 6 p.m. March 8 at 3141 SW Eighth St., Miami.

Read it on Miami New Times.