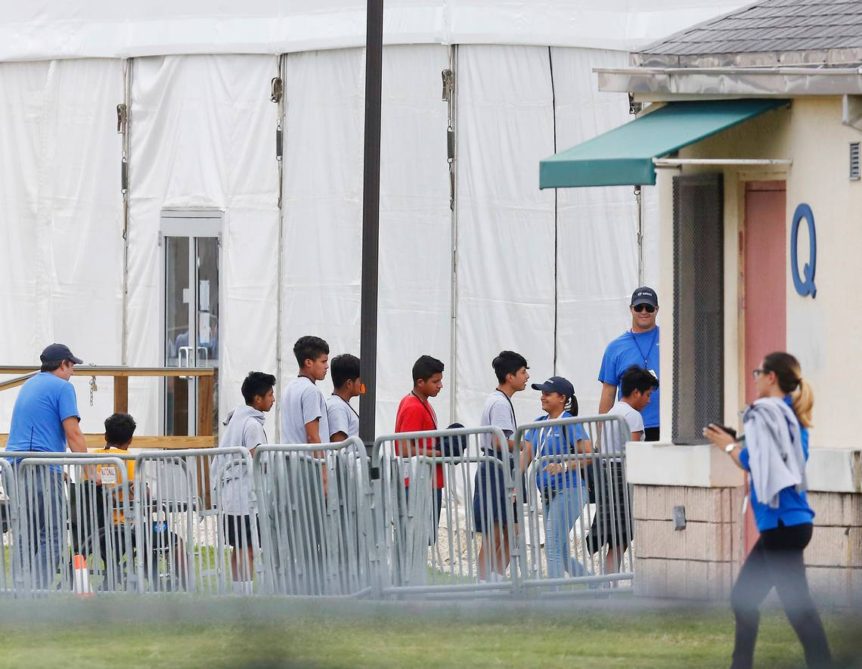 After visiting an immigrant shelter in Homestead last week — one of three in Miami-Dade County housing children separated from their parents at the U.S.-Mexico border — a South Florida lawmaker said Wednesday that he was skeptical that the Trump administration would meet a court-imposed deadline requiring the reunification of families split up at the border.

The administration has until Thursday to complete the reunification of the more than 2,000 immigrant children ages 5 to 17 who were separated from their parents as a result of the federal government’s short-lived “zero-tolerance” policy that ordered border agents to arrest as many illegal trespassers into the country as possible. The deadline was imposed by a federal judge in California.

“If they do meet the deadline, it will be a monumental feat given what we saw on Friday,” said state Sen. José Javier Rodriguez, a Miami Democrat who toured the Homestead Temporary Shelter for Unaccompanied Children last week. “The reunification was not going swiftly enough.”

So far, at least 67 children in South Florida have been reunited with their parents, said Jennifer Anzardo Valdes, director of the Children’s Legal Program at Americans for Immigrant Justice. The organization is the sole legal service provider authorized to work with minors in Florida’s immigration shelters, Anzardo Valdes said.

“We’ve represented 67 children who have been reunited with their parent,” Anzardo Valdes said in an email to the Miami Herald. “The reunifications took place in various ways. For some the parent was already released from ICE [U.S. Immigration and Customs Enforcement] and the child was reunified, others the child was transferred to ICE custody and then the family was released, and we’ve had one case thus far where the child and parent were reunified in ICE custody and sent to a family detention.”

Earlier this month, the administration was two days late to fulfilling a July 10 deadline to reunify children under 5 years old with their families. On July 10, two 4-year-old childrenbeing held in Miami-Dade County were reunified with their parents.

In a joint status report filed on Monday by attorneys for the American Civil Liberties Union and the Justice Department, the administration said it has reunified or discharged 1,187 of 2,551 children ages 5 and up separated from their parents at the border.

The administration said 1,634 adults were “possibly eligible for reunification” with their young ones, meaning the government had yet to reunify hundreds of children, and that 463 adults may have been deported, leaving their children in the U.S.

The report also notes that 130 adults have waived potential reunification with their children.

“These parents urgently need consultations with lawyers, so that they do not mistakenly strand their children in the United States, and Plaintiffs’ partners are ready to provide these consultations immediately,” ACLU attorneys said in Monday’s filing.

Anzardo Valdes said her organization continues to work “tirelessly to get information and help with the reunification” of families.

Anzardo Valdes said it was “really unclear at this point” what would happen to the children whose parents had been deported.

“Some of them have expressed interest to return back so we are currently helping them through the court process to reunite with their parent in their home country,” she said.

In this June 20, 2018, file photo, immigrant children walk in a line outside the Homestead Temporary Shelter for Unaccompanied Children a former Job Corps site that now houses them in Homestead.
Brynn Anderson AP

The Miami Herald has previously reported that a total of 265 separated children were housed in South Florida as of June 23. Seventy of those were at the Homestead facility, 125 were at His House Children’s Home in Miami Gardens and 70 were at Catholic Charities’ Msgr. Bryan Walsh Children’s Village, formerly known as Boys Town, in Cutler Bay.

The figures are likely to have changed, and were given to the Herald by U.S. Rep. Debbie Wasserman Schultz. Neither the facilities nor the federal government has released figures.

South Florida lawmakers, including Wasserman Schultz and Rodriguez, have criticized the federal government’s unwillingness to release information and its reluctance to allow lawmakers to tour Miami-Dade’s three facilities in a timely manner.

“The reunification and unwinding of this policy is not going fast enough,” Rodriguez said in a video posted to his Twitter page filmed from outside the center. “And the second point to make is, a lot of people call this a shelter. It is not a shelter. It is a detention center.”

Read it via the Miami Herald here.