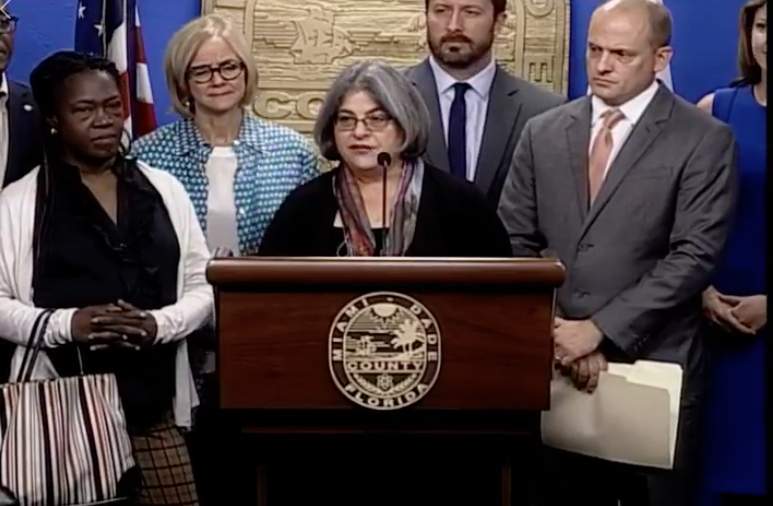 “This new rule is forcing legal immigrants to make an impossible choice between following the process to permanent residency and providing for their families,” said Commissioner Eileen Higgins, whose district includes Little Havana, during a press conference.

Announced over the weekend by the Department of Homeland Security, the rule change would broaden a current federal requirement in which immigrants show they’re not a “public charge.” Under the policy, a “public charge” would be someone who receives certain social benefits, including food stamps, public housing and Medicaid.

“The purpose of the rule is to sow fear and division in our communities,” says Rodriguez, who represents District 37, which runs from West Miami down to Cutler Bay.

Advocacy groups, like the Florida Health Justice Project, Americans for Immigrant Justice and the Florida Immigrant Coalition, are also responding to the policy’s potential “chilling effect” on immigrants. They plan to hold meetings to discuss potential impacts on immigrants and answer questions via a hotline.

There will be a 60-day comment period once the rule change is officially published in the coming weeks, according to DHS.

Read it via WLRN here.