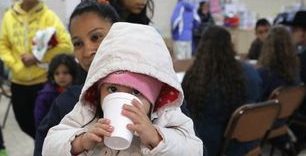 Refugees requesting asylum in the U.S. to escape violence in their home countries have been more likely to be rejected in Florida this year than at any time in at least 18 years, a new report says.

Immigration judges in Miami rejected 86 percent of applicants in 2018 and in Orlando, judges turned down 85 percent. Those are the highest denial rates since at least 2001, according to data from the Transactional Records Access Clearinghouse, a research organization at Syracuse University.

The group analyzes data from the federal government on topics such as immigration. The 2018 data includes denials in the latest fiscal year, which ended on Sept. 30.

“Asylum has always been something that’s been difficult to get in general,” said Jessica Shulruff Schneider, an immigration lawyer and director of the detention program at Americans for Immigrant Justice.here

The asylum process can take years, and the report points out that court decisions this year “largely reflect asylum applicants who had arrived well before President Trump assumed office.”

Asylum is a protection given to foreign nationals who fear — or have already suffered — persecution in their home countries. Asylum-seekers have to apply in-person and can stay in the U.S. while their applications are processed by the U.S. Citizenship and Immigration Services.

Florida’s immigration courts, which are located in Miami and Orlando, are granting asylum significantly less frequently than in other courts across the country, and the increasing denial rate mirrors a similar increase nationwide. Across the U.S., judges rejected about 65 percent of asylum requests in 2018, also the highest rate since at least 2001.

In order for an asylum case to make it to an immigration judge, applicants either have to have been detained or have their application rejected by immigration services.

It can be an arbitrary process, Shulruff Schneider said — rejection rates vary widely depending on the judge hearing the case. And the Trump administration has made changes to rules that disqualify certain applicants.

In June, former Attorney General Jeff Sessions ruled that domestic and gang violence are not reasons for granting asylum. Trump also pushed an executive order to ban immigrants from crossing the U.S. border to get asylum. That order was recently blocked by a federal judge.

“They are decisions that have dire consequences — individuals are sent back to potentially their death or severe harm,” Shulruff Schneider said.

Read it via the Sun Sentinel here.