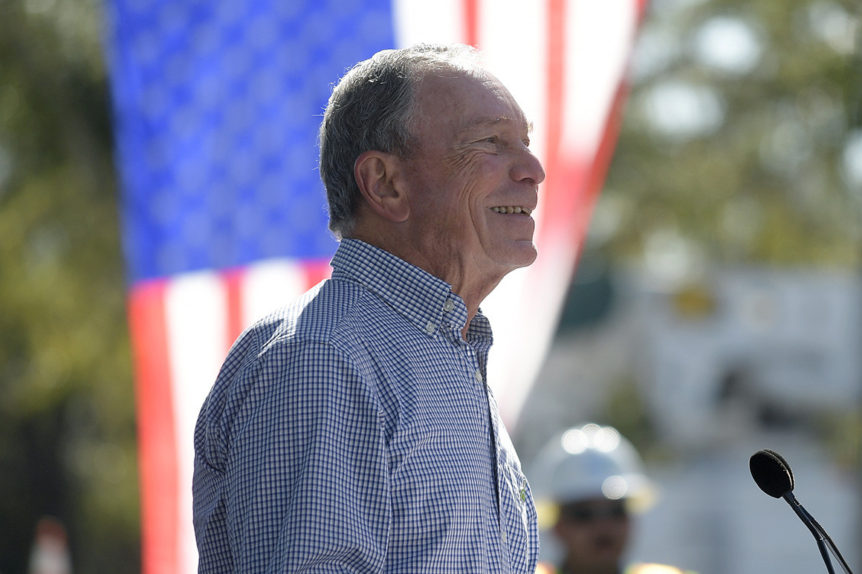 Michael Bloomberg assailed President Donald Trump as “xenophobic” and called his family separation policy “un-American” during a Friday night Miami speech that sounded like a warmup for a 2020 presidential bid.

“The American story and the American dream are under attack by our own American president,” the former New York mayor said at an Americans for Immigrant Justice fundraiser. “Hard as it is to believe, the most xenophobic president of our lifetime is from the immigrant capital of the United States: New York City.”

The Friday speech marked another inflection point in Bloomberg’s slow-motion rollout of what resembles a nascent campaign for president.

The billionaire philanthropist, who said he’ll decide soon whether to run for president, has been crisscrossing the nation for months and paying close attention to early primary states and Florida, the nation’s biggest swing state, which he has visited twice since January. Bloomberg discussed climate change in an Orlando stop earlier Friday before heading to Miami.

Miami-Dade County, the most populous county in the state, is a fertile ground for discussing immigration. It has one of the largest immigrant populations in the United States and more than half its residents are foreign-born, with 93 percent of them being from Latin America. Statewide, almost 17 percent of registered voters are Hispanic.

Playing up his family’s immigrant roots and those of the audience, Bloomberg portrayed Trump’s immigration policies and rhetoric as dangerous and divisive demagoguery.

“From the day he announced his campaign, Donald Trump has never stopped trying to scapegoat immigrants,” he said. “It is Mexicans and Central Americans today, but it could just as easily be Cubans or Lithuanians tomorrow. … My family. Your family.”

Supporting comprehensive immigration reform is not a sure bet to win Florida’s Hispanic vote, which is fractured between those of Cuban, Puerto Rican, South American and Central American descent.

Trump’s surprise 2016 Florida win, which came on the heels of harsh anti-immigration rhetoric, proved pundits wrong that the path to capturing the Hispanic vote and winning the Sunshine State was paved with moderation. Indeed, Trump’s 2016 campaign came to believe that the more Democrats criticized Trump as a racist and a xenophobe over immigration, the more it drove support to him among white working-class voters in the state and the nation’s Rust Belt.

Trump’s 2020 campaign said in a statement that Bloomberg’s criticisms missed the mark.

“Mike Bloomberg and his left-wing allies’ attempt to paint anyone seeking secure borders with insults and attacks shows just how out of touch they are with the American people,” the statement said.

This year, Democrats characterized the president’s decision to shut down the government in order to get funding for construction of a wall on the southern border as a losing position for him. They believe his family separation policy helped drive swing voters toward Democrats in the midterm elections, in which Democrats won control of the House.

“It would be hard to imagine a more un-American policy than that and we should never stand for it,” Bloomberg said.

Bloomberg also highlighted the president’s handling of immigration as a way paint to Trump as incompetent, a theme he began driving home last month.

“Unfortunately, children at the border are not the only young people affected by the president’s xenophobia. Foreign student enrollment in the United States declined again last year because many young people fear they won’t be welcome here,” Bloomberg said. “Those students are choosing places like Montreal over Miami and we are losing out on the talent we need for the future.”

The speech, in which Bloomberg stopped just shy of announcing a presidential bid, was well-received by the audience. But some thought it was a little too much of a campaign address.

“Too Trump-focused but I guess that’s necessary in a ‘D’ primary,” former Republican Rep. Carlos Curbelo of Miami, a supporter of comprehensive immigration reform, said in a text message to POLITICO.