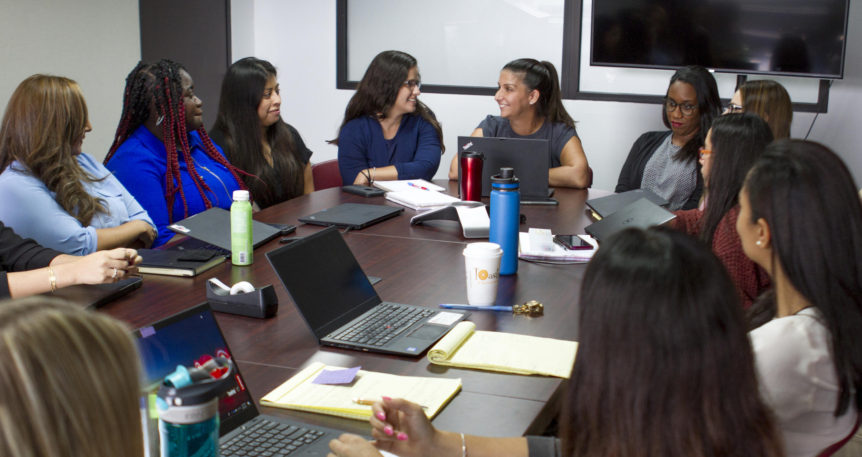 South Florida facilities for unaccompanied minors who crossed the U.S. border have loomed large in the debate over the treatment of the youngest immigrants.

Several Democratic presidential candidates visited the now-emptied Homestead detention facility in the days surrounding the first Democratic debates. The removal of Homestead’s last remaining children from the facility over the weekend marked the end of its controversial place in the immigration discussion.

Homestead, though, was only one of four facilities holding immigrant children in South Florida. The newest opened earlier this summer in Lake Worth.

All of them have gotten regular visits from Americans for Immigrant Justice, a law and advocacy firm based in Miami.

This conversation has been lightly edited for clarity.

WLRN: We often hear about immigration “crises” – family separation, immigration enforcement raids, large numbers of unaccompanied minors. Are those also crisis times for you, or does your job stay pretty consistent?

ANZARDO VALDES: Family separation was really hard on our staff, and it was even harder on the kids we serve.

I think it was the first time where we were seeing extremely small children, and where we felt helpless in many ways because all they would ask us about was where was their mom and where was their dad and we just really had no idea, because of the record keeping that the government had at the time.

Your organization provides legal services to the girls in the Lake Worth immigration facility and others. What do those consist of?

We do Know Your Rights presentations and legal screenings for all of the children, as well as referrals for when the children are released – we help pair them with pro bono attorneys across the country.

In immigration there is no right to government-funded attorneys, so if the child does not present themselves in court with an attorney, then they are expected to present their case on their own and face the judge on their own.

Immigration law is very complex – it’s complex for us attorneys – so imagine a child who may not have had the opportunity to go to school, who doesn’t know the language, and now is forced to hash out asylum law on their own.

We also provide direct representation for children whose immigration court case gets started while they’re at the facility or if they have no sponsor. Do you know what kind of situations these children might come from?

Unfortunately, many of these children have come from really horrific backgrounds.

We have a lot of girls who talk to us about being trafficked and forced into prostitution. We have kids as young as four, five years old talk to us about seeing dead bodies or hearing gunshots, so it’s pretty horrific and terrifying.

Under asylum they have the opportunity to present their case to an asylum officer, and then, if the asylum office doesn’t approve the case, they would get kind of a second bite at the apple and present it before an immigration judge.

What happens when these kids hit 18, especially when they’re under a special status as kids?

What we have been seeing here in South Florida is that ICE (Immigration and Customs Enforcement) officials have been going to facilities and shackling them and taking them to adult detention.

The Trafficking Victims’ Protection Act is very clear that the least restrictive setting should be considered in custody determinations when a child turns 18. But ICE  here has taken the position that they should be put in the most restrictive facility.

Is that fairly new, or has that been fairly common practice?

It’s been common practice here in South Florida for a while. It’s not common in other jurisdictions.

Do you see a lot of really young clients anymore?

We still do see young clients. One of our youngest clients right now is three years old.

She actually was separated from her father at the border at the age of two, and when we first met her, she was nonverbal.

The only thing we were able to get from her in our first couple of meetings was her age, and she did that by holding up her three little fingers and showing us how old she was.

She wasn’t able to tell us her name, who she came with – her father – because she was just completely nonverbal. I mean she was a two year old, in diapers.