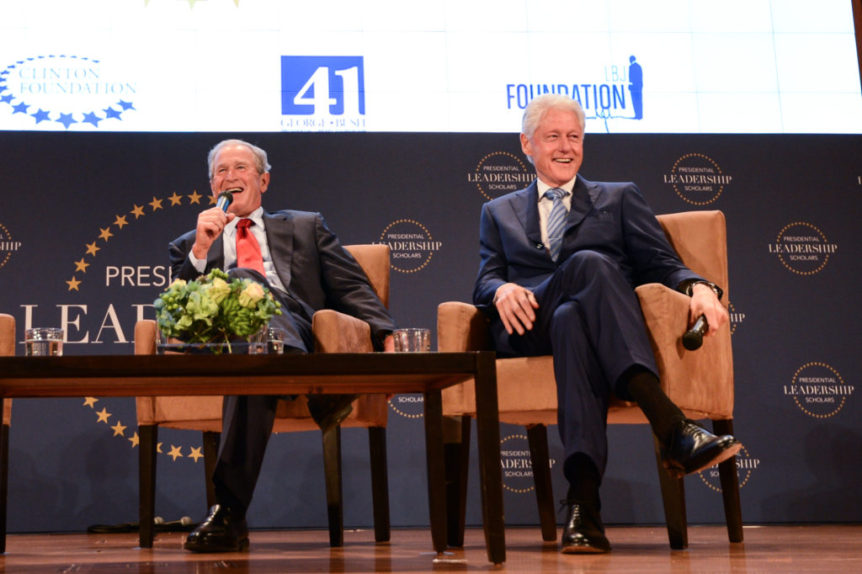 January 27, 2020 – Today, the Presidential Leadership Scholars (PLS) program announced the 60 Scholars who will form the program’s sixth annual class. PLS serves as a catalyst for a diverse network of established leaders brought together to collaborate and make a difference in the world as they learn about leadership through the lens of the presidential experiences of George W. Bush, Bill Clinton, George H.W. Bush, and Lyndon B. Johnson.

The sixth class was selected after a rigorous application and review process. Scholars were selected based on their leadership growth potential and their personal leadership projects aimed at improving civic engagement or social good by addressing a problem or need in their community.

Over the course of six months, Scholars will travel to each participating presidential center to learn from former presidents, key former administration officials, business and civic leaders, and leading academics. They will study and put into practice varying approaches to leadership and exchange ideas to help strengthen their impact in their communities. The program kicks off in Washington, D.C. on January 28.

The latest class joins an active network of 298 Scholars who are applying lessons learned through the program to make a difference in the U.S. and around the world. Examples of these Scholar-led efforts include providing employment and mentorship to veterans, helping adjudicated youth to improve job skills and attain a positive self-image, empowering clinicians to speak with patients about safe storage of firearms, and deploying much needed resources in the wake of natural disasters.

Since the program began in 2015, Scholars have consistently reported remarkable growth in leadership skills, responsibilities, and opportunities for impact. For example, 91 percent of Scholars reported their sense of confidence or purpose as a leader changed since beginning PLS, and 96 percent of Scholars indicated their exposure to and appreciation of a wider variety of perspectives increased since beginning PLS.