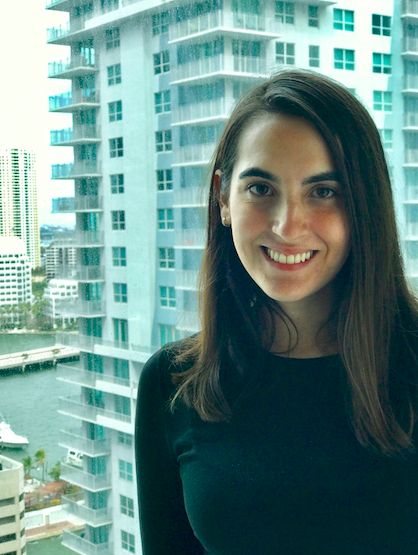 “I immigrated to the United States when I was 18 years old. After a mentor of mine encouraged me to do pro bono work, I hoped I could ‘pay it forward’ by helping to provide someone with many of the opportunities that I had been given. AI Justice’s mission spoke to me and my own experiences as an immigrant, particularly where many of the people that it assists were around the age I had been when I first immigrated.

I felt an immense responsibility to effectively represent my client. My client is an orphan, having lost both parents and was raised from afar by family members living in the United States. She is building a life in the United States and for the first time has stability. Going back to her home country would mean the loss of this support system. The pressures of this case made it one of the most difficult things I’ve done in my legal career. However, it was also one of the most rewarding as I can truly said I’ve made a lasting impact in someone’s life.”

Clara’s pro bono client experienced lack of a stable home throughout her life starting with the deaths of her parents before she turned five, followed by the death of her subsequent caretaker, and severe illness and blindless for the caretaker after that. The client ended up in a community member’s home briefly until that individual stated that she could no longer care for the child. The child found herself once again without supervision and care. Clara’s work stepping in to represent her client pro bono finally gave this child a stable home and legal custodian.