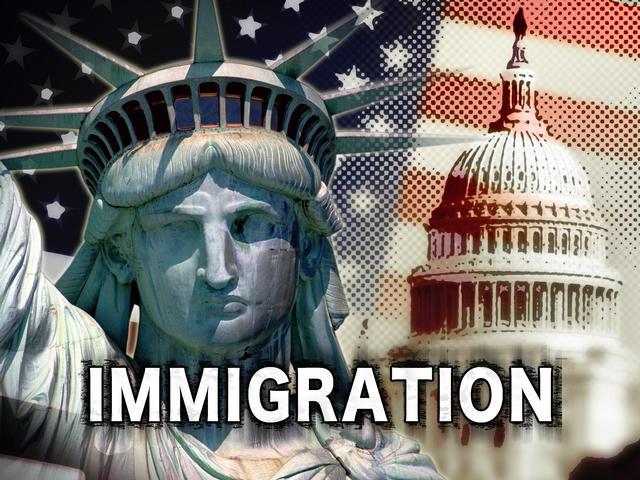 Opponents, though, say the government is spending a fortune to round up and deport nickel and dime offenders.

In 2011, the feds used local cops and jails to detain some 1.5 million immigrants arrested for crime and targeted for deportation. The unfunded program, detractors claim, cost state and local governments more than $1 Billion in 2011.

Immigrant activists say the claim by Immigration and Customs Enforcement (ICE) that the program targets serious offenders is a charade.

“We see people who have very minor misdemeanors, like traffic violations, driving without a license, these are the people we see,” said Chery Little of the group Americans for Immigrant Justice.

Critics backed their position up with hard evidence Monday – an exhaustive study by Florida State University that shows fewer than a fifth of those deported under the program are serious criminals, and in Miami-Dade County, only a tiny fraction.

“We found that only six percent of the people fit the category that ICE said was their priority,” said Dr. Alex Stepick, director of FIU’s Research Institute on Social and Economic Policy.

The report found that the federal government has failed to reimburse local governments and states for the costs incurred in Secure Communities. Miami-Dade’s Department of Corrections has tried, unsuccessfully, to collect $1.1 million in costs run up between 2009 and 2011.

Researchers and activists got help in the way of a celebrity activist at Monday’s news conference in Miami. Actress Rosie Perez flew in from New York for the event.

“Treating people decently, with integrity and respect is important to me,” Perez told CBS4′s Gary Nelson. “I think it should be important to every person in the world.”

“It’s very sad,” Abraham said. “He didn’t commit any crime. The police made a mistake, unjustly accusing him.”

Many law enforcement agencies, including Miami-Dade and Miami police believe Secure Communities make communities less secure, because witnesses and others with information regarding serious crime are less likely to help police for fear of deportation.

“It impacts the ability of police to get victims of crime to come forward and to be able to prosecute cases,” said Miami-Dade Public Defender Carlos Martinez. “It slows and can prevent prosecutions.”

Politicians, however, beginning with President George W. Bush, and continuing under President Obama, have maintained the practice of using local police and lockups in a crackdown on the undocumented.

Opponents of the Secure Communities progam say it is an expensive, wasteful example of why comprehensive immigration reform cannot happen quickly enough.

The plan, crafted by the so-called “Gang of Eight” Republican and Democratic lawmakers, is expected to lay out a difficult, lenghty “path to citizenship” for as many as 11 million undocumented aliens.

Rubio says it is not an “amnesty” plan, but one that would require participants to walk a clean and narrow path under close supervision for 10 years or longer before.