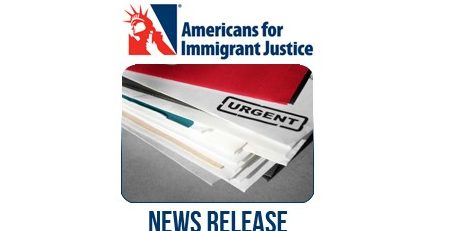 Secure Communities, the top immigration enforcement program of Immigration and Customs Enforcement (ICE), undermines law enforcement, particularly community policing, in Miami- Dade County. According to Miami’s mayor and Police Chief, the program results in reduced trust in police. Consequently, communities are less safe, according to a report by RISEP in conjunction with AI Justice.

Adding insult to injury, Miami-Dade has not been reimbursed for any costs associated with jailing Secure Communities detainees – even though Miami Dade Corrections billed ICE for more than $1.1 million for expenses for 2009, 2010 and 2011.

Secure Communities also has resulted in disproportionate impact to some segments of Miami-Dade’s population, particularly immigrants from Honduras and Mexico.

“The dramatic difference between Central Americans’ and Mexicans’ proportions in the general Miami-Dade County population and their detention rates under the Secure Communities program shows a disparate impact that could be a result of racial profiling,” said Alex Stepick of RISEP at FIU.

The Department of Homeland Security (DHS) and ICE and claim that Secure Communities prioritizes deporting people who are a danger to national security or public safety. Yet in Miami-Dade County, the data show that Secure Communities overwhelmingly has detained and deported unauthorized immigrants with no criminal history or only minor offenses. This flies in the face of national policy and public safety.

“In a recently dismissed case, a guy was charged with trespassing for sitting on a bus bench.” Carlos Martinez, Miami-Dade Public Defender. “For others, though, the justice system wants quick plea deals. Individuals have little time to understand the consequences and impact of their plea, always thinking that they will get out of jail with the plea. That’s not what happens often. ICE is there to pick them up.”

Even ICE, citing budgetary reasons, recently released upward of 2,000 immigrant detainees described as “non-criminals and other low-risk offenders.” Among them were a dozen detainees who AI Justice had been helping. One was a victim of domestic violence who had been detained for more than nine months. At the average cost of $164 a day per detainee, her unnecessary detention cost taxpayers upward of $44,000.

“Why should taxpayers fund extra beds for local jails and federal detention centers to detain and deport people who pose no threat to the public?” said Cheryl Little of AI Justice. “The question is particularly relevant now, as Congress is working on immigration reforms that may provide millions of individuals a path to legal status.”