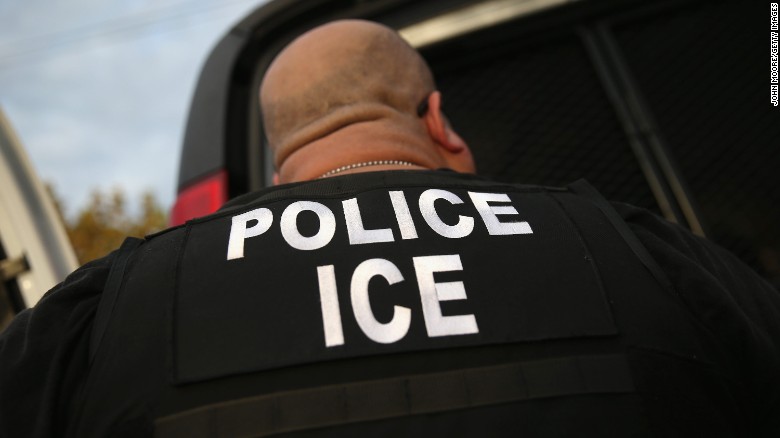 Law360 (April 23, 2020, 10:35 PM EDT) — A Florida federal magistrate judge has said that he thinks U.S. Immigration and Customs Enforcement should significantly lower the number of people in its custody at three Florida facilities because of the COVID-19 pandemic but concluded the district court lacks the legal authority to order immediate releases.

In a 69-page report and recommendation, Miami-based U.S. Magistrate Judge Jonathan Goodman concluded the court cannot grant a group of detainees’ request for an immediate release of even a portion of the approximately 1,400 noncitizen detainees at the facilities due to allegedly inadequate conditions, but suggested immigration authorities should be ordered to take mitigating steps and speed up consideration of possible releases under court oversight.

“ICE would not be violating an order adopting this R&R if it refused or otherwise failed to release detainees at the three centers,” Judge Goodman said, but added, “That hypothetical result would be horribly disappointing and extremely distressing, and it would undermine the spirit of this R&R.”

The judge made his recommendation to U.S. District Judge Marcia G. Cooke on a motion for a temporary restraining order and preliminary injunction filed by a group of 34 detainees at the Krome Service Processing Center in Miami-Dade County, the Glades County Detention Center and the Broward Transitional Center in Broward County. The detainees filed a proposed class action last week alleging crowded, unsafe conditions have created an undue increased risk of severe illness or death.

While the detainees’ motion seeks an order requiring ICE to implement guidelines issued by the Centers for Disease Control & Prevention to address the coronavirus pandemic, their attorneys told Judge Goodman during a video hearing that the immediate release of all the detainees was their primary objective.

But Judge Goodman concluded that the law within the Eleventh Circuit does not allow a detainee to seek an immediate release under a writ of habeas corpus, with the proper remedy instead being the correction of the violating conditions.

The magistrate did, however, recommend requiring ICE to take all immediate reasonable steps to reduce the detainee population to make social distancing feasible and also suggested ordering the agency to accelerate review of its “Alternatives to Detention” program or other similar protocols for potential release and “to make all efforts” to comply with its suggested, published guideline to reduce its population to 75% capacity within two weeks of approval of his report.

Since he found any releases must come at the discretion of the agency, Judge Goodman recommended the court order ICE to pursue these goals in good faith and mandate it file twice-weekly progress reports to “prod” the agency into action and provide a means for the court to ensure compliance with the good faith requirement. He also recommended that ICE be required to provide the court information on the number of detainees and their health risks.

To address the current conditions, Judge Goodman also recommended ordering a neutral expert to inspect the facilities and, before that, for ICE to educate detainees and staff on COVID-19 and provide adequate amounts of soap and other cleaning supplies to detainees, plus at least one new mask per week for those held in group, or “cohort,” quarantine.

On Thursday, Rebecca Sharpless, director of the University of Miami School of Law’s Immigration Clinic, who is representing the detainees, applauded the recommendation that ICE be required to file reports to the court, but she disagreed with Judge Goodman’s findings on possible release.

“This judicial oversight is sorely needed, as ICE continues to detain people in crowded conditions where people sleep and eat within less than six feet of one another,” Sharpless told Law360 in an email. “ICE refuses to release people with HIV, cancer, asthma, and other high risk medical conditions. But we disagree that the court lacks jurisdiction to order release and are filing objections to the magistrate’s report and recommendations.”

In a court-ordered response filed earlier in the week, ICE said that it would agree to the detainees request that none of the 34 plaintiffs be transferred to different facilities during the pendency of their case, with some exceptions, but said it could not agree to their demand that it commit to not transferring or assigning detainees to the three facilities, according to the report.

In their complaint, the detainees allege that the government has violated the Fifth Amendment through its failure to abide by the CDC’s guidelines during the COVID-19 pandemic and since the conditions of their current confinement amount to a “state created danger” that is excessive and amounts to impermissible punishment.

The detainees seek release while awaiting court dates under a writ of habeas corpus, in many cases saying they could stay in the area with family members with whom they would be able to follow stay-home and social distancing orders that they say are impossible in the crowded facilities.

A spokeswoman said the government would not comment on pending litigation.