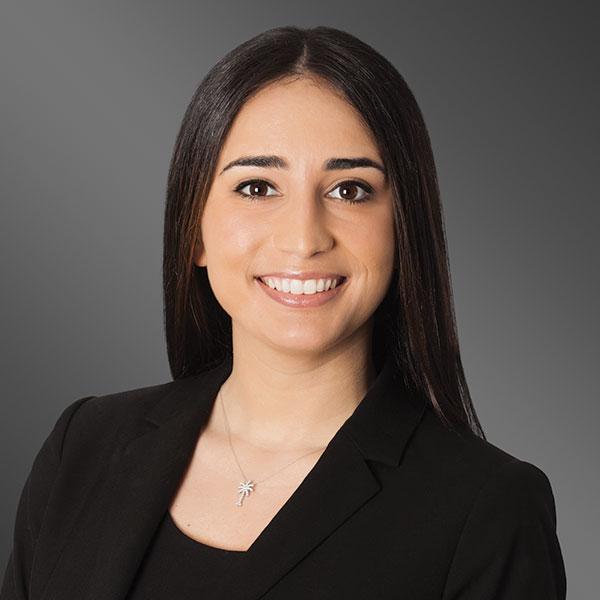 “As the daughter of an immigrant, I strongly believe that it is our duty to use the privilege of being an attorney to help others attain fair access to justice under the law, regardless of whether or not they are from the United States. This is especially true for those who emigrate to our country in hopes of a safer, better life as they face persecution if returned to their home country. Statistically, a respondent’s chances of receiving asylum in this country significantly increases when represented by an attorney. I feel so fortunate to be able to use my work to give those in need a better chance at a safe life and to honor the extreme obstacles many immigrants have overcome just to be safe.”

Angela Korge was successful in obtaining asylum in the United States for a Honduran national who is a lifelong activist for LGBT rights and a member of the LGBT community in her country. Due to the extreme prejudice against LGBT people in Honduras, this was truly a life or death matter for the client, who had been abducted, sexually assaulted, and endured almost daily harassment for years due to her identifying as a bisexual and an LGBT activist.

To achieve asylum for her client, Angela had to prove the violence she experienced was more than the violence people typically experience in Honduras, and that it was occurring solely due to the client’s sexual orientation. Also, because the client had previously attained a status of protection from the Interamerican Commission of Human Rights, Angela had to prove that Honduras’ police were not fulfilling this obligation.

“This case deeply spoke to me,” Angela said. “I felt strongly about helping someone who cared so much about helping others, even though she herself was in danger. It’s in situations like these that I truly appreciate the privilege of being able to serve those who deserve justice the most.”