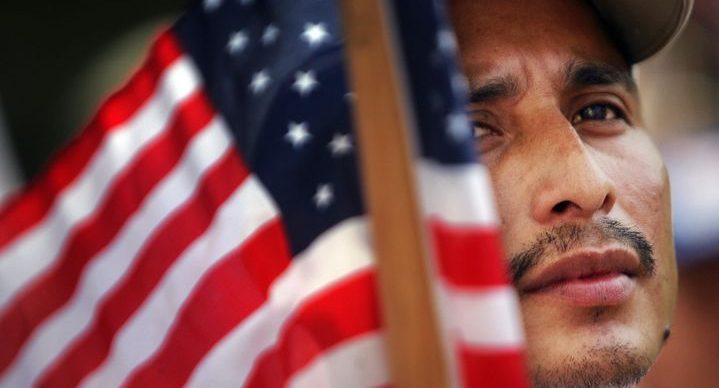 (Reuters) – Federal immigration officials in south Florida are failing to abide by an Obama administration directive to focus deportation efforts on dangerous criminals, according to a report Monday by a Miami-based immigration advocacy group and researchers from a Florida university.

A majority of undocumented immigrants detained for deportation in Miami-Dade County under a Department of Homeland Security (DHS) initiative known as the Secure Communities program were not serious criminals, the report by Americans for Immigrant Justice (AIJ) and researchers at Florida International University said.

Only 18 percent of those people ordered for deportation by the Immigration and Customs Enforcement (ICE) agency were “high priority public safety risks,” the report found.

Many of the deportations involve people who likely would be covered under proposals for an immigration reform bill currently being thrashed out by members of Congress, the authors of the report told a press conference in Miami.

“Everybody says there should be comprehensive immigration reform and on the other hand ICE has gone out of its way to round up innocent people,” Cheryl Little, director of AIJ, told reporters.

An analysis of 12 months of arrest records and detentions of 1,790 people jailed in Miami-Dade County under the Secure Communities program found that 61 percent of those ordered for deportation “are either low level offenders or not guilty of the crime for which they were arrested,” according to the 54-page report.

It said the actions of immigration and customs agents were at odds with guidance issued in June 2011 by the head of ICE, John Morton, who sought to prioritize the removal of convicted undocumented immigrants who posed a danger to national security or public safety, as well as those who game the system by dodging immigration hearings.

In a statement, ICE said it had received guidance restricting the detention of immigrants for minor misdemeanor offenses such as traffic infractions and other petty crimes. The guideline gives ICE discretion on how it is implemented.

The agency said the Secure Communities program was its “single most valuable tool … to eliminate the ad hoc approach to identification used in the past and focus on criminal aliens and repeat immigration law violators.”

The program has been used since its inception in 2008 to help ICE remove more than 254,000 convicted criminals, including more than 72,000 convicted of major violent offenses such as murder, rape and the sexual abuse of children, the agency said.

The report strongly contested ICE’s own stance on who it targets for detention, saying immigrants are sometimes stopped by agents “for no apparent reason and subjected to detention and deportation.”

The Safe Communities program discouraged undocumented immigrants from cooperating with police when they have knowledge of serious crimes, said one of the authors, Alex Stepick, director of the Research Institute on Social & Economic Policy at FIU.

“It also impacts the ability of victims to come forward and causes delays in cases, as well as the cost to tax payers of jailing these people,” said Carlos Martinez, the public defender for Miami-Dade County.

Last year the Florida legislature rejected proposals to adopt tougher laws authorizing police to apprehend undocumented immigrants, such as have been adopted in a handful of other states such as Arizona, Georgia and Alabama.