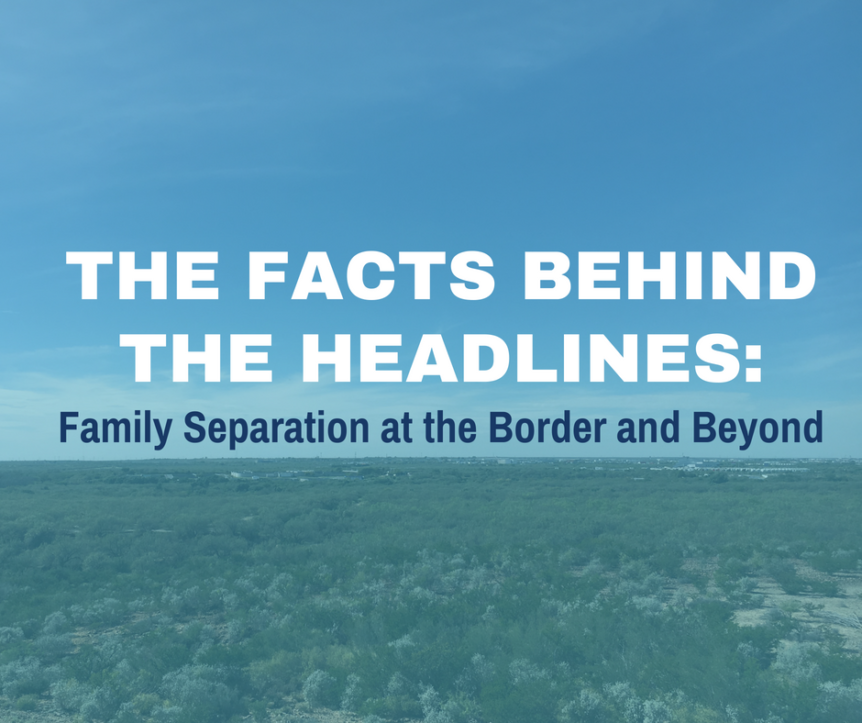 Upon arrival at the border, Pedro, an 8-year-old indigenous Guatemalan child, witnessed several immigration officers throwing his father to the ground and assaulting him. When Pedro screamed at the officers to stop, he was ripped away from his father without explanation. Pedro cries when recalling the incident and still has no idea where his father is. His AI Justice attorney has searched for the father on the detainee locator but has been unable to find him.

– Account in AI Justice’s report Building the Wall: A New War on Immigrants

AI Justice has a long history of providing free legal services to unaccompanied minors. Over the past week, two issues relating to the treatment of children taken into U.S. custody at the Southwest border have circulated widely in the media. One relates to reports that the Department of Health and Human Services (HHS) has “lost” about 1,500 unaccompanied minors who were released from custody of the Office of Refugee Resettlement (ORR) and the second references recent efforts by the United States government to separate parents from their children at the border. Immigration issues tend to be complex and the following sets forth basic facts regarding recent developments affecting immigrant children arriving at our border.

Thousands of children arrive alone in the United States each year, most crossing the border from Mexico, as they flee uncontrolled violence in Honduras, Guatemala, and El Salvador. Many are escaping horrific gang violence or other forms of abuse, and they undertake the perilous journey to the United States seeking safety. Once U.S. officials determine that an arriving child is an unaccompanied minor, they are transferred to ORR custody. ORR is in charge of finding a safe place for the child, in the least restrictive setting, while their immigration case is pending.

During a Senate committee hearing last month, HHS Acting Assistant Secretary Steven Wagner testified that the agency had lost track of 1,475 unaccompanied minors who were formerly in their custody. These children were not separated from their families at the border; they arrived in the U.S. unaccompanied and were later placed with a sponsor by ORR. The majority of children were released into the care of an immediate family member, often a parent.

Between October 2016 and December 2017, HHS did a cursory outreach to check in with more than 7,000 minors the agency had placed with sponsors, calling each child’s home. The government was unable to follow up with nearly 1,500 sponsors. It is likely that many sponsors chose not to respond to HHS because they themselves are undocumented. ORR is simply charged with ensuring that the child’s sponsor is appropriately vetted and has the required relationship to the child. Tracking and monitoring these children is beyond the scope of ORR’s responsibilities. Abuse or other wrongdoing should be reported to the appropriate state child welfare agency, not HHS or ICE.

Unaccompanied children arriving at our border are also being used as “bait” to apprehend relatives who are waiting to take them in. These children are placed in the terrible position of having to provide information that could harm their parents or other loved ones, or risk prolonged detention if they don’t have a sponsor to be released to. The children’s sponsors may face not only detention and deportation but also criminal charges as “smugglers” if they are found to have helped facilitate the child’s journey to the U.S. in any way.

Families Forcibly Separated at the Border

Under current U.S. and international laws, persons arriving at our border seeking asylum are entitled to basic constitutional protections, including due process. Yet upon presenting themselves at the border families are being forcibly separated by Customs and Border Protection or turned away without any opportunity to make their case. Hundreds of children have been taken from their families, including more than 100 children under the age of 4.

Family separation at the border is a unique Trump administration strategy implemented in order “to deter” families from legally seeking asylum. There is no law mandating family separation, rather it is a tool of the Trump administration to punish families attempting to cross the border. On May 7, 2018, Attorney General Jeff Sessions announced that the Department of Justice would bring criminal smuggling charges against every person who crosses the Southwest border with a child and fails to present themselves at an official port of entry where they can lawfully enter. Under this policy, if a mother or father is with their child when apprehended for illegal entry, their child will be taken away and placed in government custody and the parents will be criminally charged and sent to detention centers to await trial even if they are making a claim for asylum. While adults who present themselves to border patrol agents at a port of entry and ask for asylum are not criminally prosecuted, they too are forcibly separated from their children. Given that shelters housing children are reaching capacity, the Trump administration is preparing to hold some of these children on military bases. Many of these children are at risk of ending up in foster care.

While children arriving at our border are entitled to due process and their day in court, the cards are stacked against them. Rather than finding the protection they seek, children encounter a legal system that is complex, bewildering, and frightening. They are not entitled to a free lawyer, even though they are up against experienced DHS lawyers who argue for their deportation. Nine out of ten children without attorneys are ordered deported. Those with attorneys are five times more likely to be granted protection. The failure to provide these children with legal assistance stands in sharp contrast to other legal proceedings in the United States affecting children. It is also out of step with the interpretation of children’s “best interests” in U.S. family law and the law in many other countries.

AI Justice staff has witnessed the unimaginable consequences of the policies described above and urgently call for the end of family separation in all forms. Punishing innocent families seeking safety for themselves and their children is an unjust and heartless practice. Forcibly separating families leaves children who have already experienced trauma without family support and facing prolonged detention as they go through critical legal proceedings. Hanging in the balance is whether a child will have the opportunity to live safely in the U.S. or be sent home to face violence, persecution, or even death.

Your support is more important now than ever, as we fight increasingly inhumane policies and continue to defend the basic rights of immigrant families. Please contact your local representative to voice your concerns.

“Because what you’ve done, in effect, by separating these children is you’re putting them in some place without their parents. If you can imagine there’s a hell, that’s probably what it looks like.”