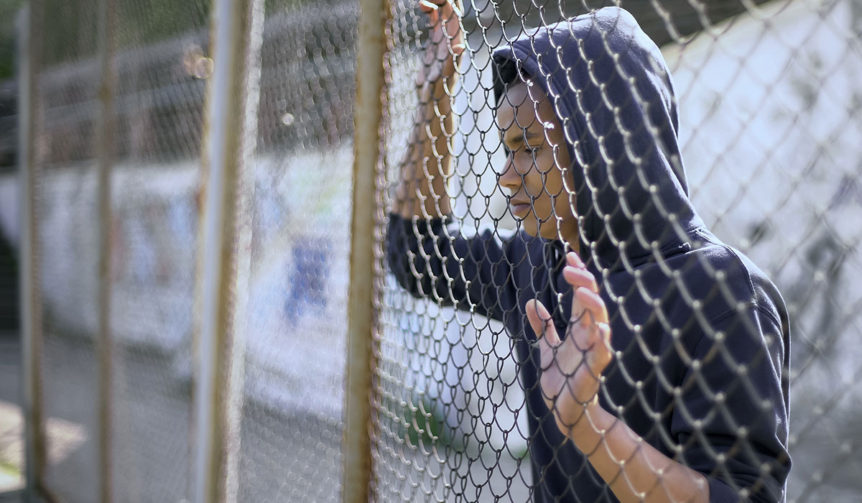 A federal judge ruled Thursday that U.S. Immigration and Customs Enforcement has unlawfully transferred thousands of unaccompanied children who turned 18 to adult detention facilities without considering alternatives, in violation of a 2013 law.

U.S. District Judge Rudolph Contreras of Washington, D.C., said he will order changes “in the near future” after a bench trial in a class-action lawsuit brought in March 2018 on behalf of immigrant teenagers by the National Immigrant Justice Center (NIJC).

Contreras found that ICE does not train field offices to search for or select less restrictive options than contractor or ICE prisons and jails for minors aging out of refugee resettlement facilities, and in fact guides officers to act contrary to a law protecting trafficking victims.

As a result, the judge ruled, many officers choose not to review minors’ files, contact group homes or shelters, or respond to their attorneys suggesting alternatives. Many of ICE’s largest field offices “nearly automatically” send minors to adult jails, even when in extreme cases their parents in the United States or other sponsors would take them, the judge wrote.

“These are not the decisionmaking processes that Congress required” in the Trafficking Victims Protection Reauthorization Act or federal rulemaking law, Contreras wrote in a 180-page opinion. “By failing to make decisions in the way Congress dictated, and based on the factors Congress identified as relevant, ICE fails to fulfill its obligations under the statute.”

The Justice Department did not have a comment, spokeswoman Alexa Vance said.

In a statement by plaintiffs, pro bono lead counsel Steve Patton of Kirkland & Ellis said, “This is a great victory for thousands of current and future unaccompanied immigrant children who turned 18 in government custody. We could not be happier with the court’s thorough and well-reasoned decision.”

Co-counsel and NIJC senior attorney Gianna Borroto added that the decision “affirms that unaccompanied immigrant children are a uniquely vulnerable group that Congress sought to protect.”

“As the court recognized, ICE’s practice of systematically jailing children on their 18th birthday violates these important protections under the law,” Borroto said.

Attorneys in an 18-day bench trial before Contreras that ended Jan. 15 presented ICE’s data showing that many field offices were automatically sending 18-year-olds to contractor or ICE jails without considering safer or more-appropriate options, according to the judge’s opinion.

The plaintiffs found the most decisive factor in whether 18-year-olds are released or jailed is which ICE field office makes the decision, not any condition the law requires ICE to consider, according to court filings. Miami, El Paso, Houston, Los Angeles, Phoenix and New York reported higher than average detention rates.

ICE records indicate the agency detained 1,531 youth from January 2018 to late May 2019; about 100 18-year-olds were recently moved into ICE custody, plaintiffs estimated.

The NIJC asked the court to consider appointing a third-party monitor to oversee compliance and to order ICE to strengthen training and supervision of field officers. The center also asked the court to order ICE to report data in real time; deepen contacts with sponsors, group homes and shelters; and direct field offices to use alternatives such as releasing youth on their own recognizance or on bond, under supervision or conditions including electronic monitoring.

In April 2018, Contreras entered a preliminary injunction for the case’s two individual plaintiffs, both from Honduras. Wilmer Garcia Ramirez came to the United States alone in 2017 when he was 17 to escape forced labor. When he turned 18, ICE sent him to the Eloy Detention Center in Arizona even though a family friend was willing to sponsor him, the lawsuit asserted.

The other individual plaintiff, Sulma Hernandez Alfaro, came to the United States alone in 2016 and was taken by ICE when she turned 18 in 2018 to Port Isabel Detention Center in Harlingen, Tex., even though a shelter had agreed to accept her, the suit said.

After the court’s order, Garcia Ramirez was sent to stay with an uncle in Alabama and Hernandez Alfaro won asylum, the judge’s opinion stated.

The court in August 2018 granted class-action status to all “age-outs” — former unaccompanied alien children who are detained by ICE or who will be detained because they have turned 18 without the agency considering alternative placements. ICE tried to decertify the class last year, but its request was denied after it revealed months later that it failed to track approximately 1,500 age-outs from April 2016 to May 2019, according to the NIJC.

The center said ICE data showed that the rate at which the agency transferred unaccompanied 18-year-olds it accepted from the Office of Refugee Resettlement into adult detention facilities dropped by half within months of the court’s class-action certification. However, the group expressed concern that no data has been shared in recent months, as the Trump administration has delayed Office of Refugee Resettlement releases to ICE, citing the coronavirus pandemic.