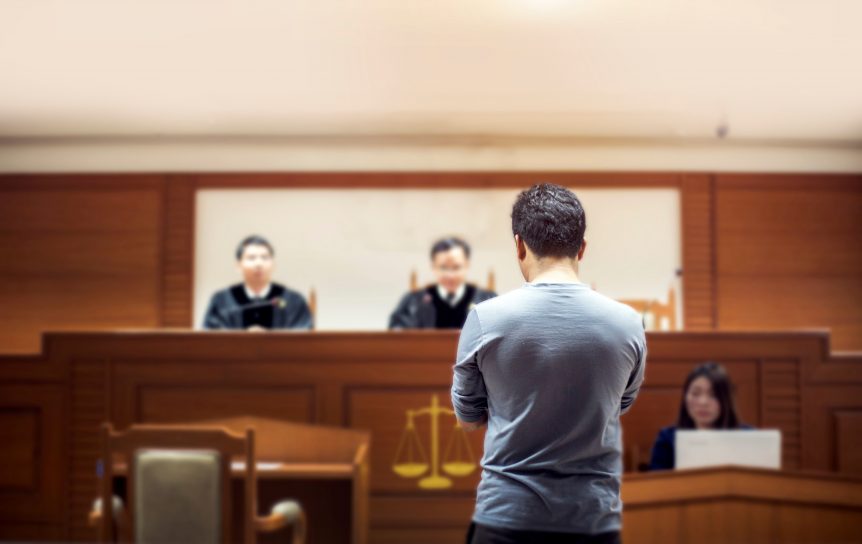 A father and son who were separated at the U.S. border when seeking asylum sued the federal government Friday, slamming the Trump administration’s policies as “barbaric” and a “brutal intimidation tactic.”

According to the suit filed in Florida federal court, Eric Edgardo Matute Castro, 35, and his 6-year-old son were fleeing violence in Honduras in 2017 when they were “torn apart and separated for months.” Matute’s son, who is named in the complaint as R.Y.M.R., was designated an “unaccompanied minor” and placed in the custody of the Office of Refugee Resettlement in San Antonio. Meanwhile, Matute ended up at an U.S. Immigration and Customs Enforcement detention center in San Diego, the suit says.

“Though Mr. Matute tried to locate and contact R.Y.M.R., the government provided no information to Mr. Matute about R.Y.M.R.’s whereabouts, and he had no communication whatsoever with his son for nearly 75 days,” the suit says. “As a result of the government’s actions, the plaintiffs suffered, and continue to suffer, substantial and ongoing trauma.”

The policies have profound adverse health implications for adults and children and violate basic human rights, like the right to be free from torture and enforced disappearance and the right to family integrity, Matute says. They also aim to deter families from seeking asylum in the U.S., according to the suit.

“The trauma suffered by this boy and his father was no incidental byproduct of the policy,” the complaint says. “Indeed, it was the very point.”

Matute’s suit lists only the United States as a defendant.

Between July 2017 and June 2018, the government has acknowledged that at least 3,845 children were taken from their parents or guardians after asylum-seekers crossed the country’s southwestern border, according to the suit. However, Matute claims the actual number of families separated is likely much higher.

After taking children from their parents, the government then delayed providing information to parents and children of each other’s whereabouts or well-being, failed to facilitate adequate communication between them, and failed to implement any system for tracking the children to ensure families could be reunited, per the suit.

According to the suit, curbing the number of individuals seeking asylum in the U.S. has been a “central focus” of the Trump administration policy. Matute alleges the separation practice goes back to July 2017, when the government established a family separation pilot program that targeted parents facing criminal prosecution who crossed the border with children.

In April 2018, then-Attorney General Jeff Sessions announced a “zero-tolerance” border policy, mandating the prosecution of all persons who crossed the border between ports of entry, per the suit. The administration then began separating families along the entire border, Matute claims.

“The administration knew that separation would cause enormous trauma to the children and parents,” Matute says. “Indeed, the Administration intended that publicity concerning the trauma suffered by asylum seekers would deter other would-be asylum seekers from seeking refuge in the United States for fear of suffering the same fate.”

Matute and his son fled Honduras in late 2017 after receiving death threats from members of a transnational criminal family that had killed Matute’s family, according to the complaint. They crossed the U.S. border on Nov. 13 and were apprehended by U.S. Customs and Border Protection agents, the suit says.

According to the complaint, CBP agents treated Matute and his son poorly from the outset, with one officer refusing to allow R.Y.M.R. to use the bathroom and yelling profanity at the child.

“Because the child was not allowed to use the restroom, he was ultimately forced to urinate in his pants,” Matute says.

An officer later said directly to Matute, “Give your kid to us,” per the suit. He told them he would not, and his son was forcibly pried from his arms, screaming and crying for his father, Matute claims.

Matute wasn’t given any information on his son’s whereabouts nor was he permitted to communicate with his son while they were detained, he says.

“Furthermore, under long-standing legal obligations, imposed by regulations and by consent decree, the federal officers who took custody of plaintiff violated multiple nondiscretionary duties that were designed to protect families, and particularly children,” Matute says.

Matute and his son are represented by Jennifer Coberly and Lisa Lehner of Americans for Immigrant Justice, and by Robert Parks.