In recent months, our Detention team has seen a marked change in the number and types of immigrants detained locally and nationwide. In January 2021, the Biden administration inherited a record low number of 14,195 people in immigration detention, in large part due to Trump’s closing of the border following COVID-19. Fast-forward almost 6 months later, and over 27,000 persons have been detained.

Why Have Numbers Risen So Drastically?

In May 2021, the Biden administration decided to permit certain asylum seekers to cross the border and avail themselves of the protections afforded them under our laws. While this was a welcome change from Trump-era policies blocking the entry of all asylum seekers, it has led to a significant increase in the number of detained asylum seekers. Nearly 12,000 additional immigrants have been held in detention facilities since the administration’s May decision. Now the majority of immigrants in detention were apprehended by Customs and Border Protection (CBP), rather than Immigration and Customs Enforcement (ICE).

Why Does the Apprehending Agency Matter?

Which government agency is apprehending and arresting immigrants tells a larger story of who these immigrants are and in what context they are being arrested. ICE is tasked with internal enforcement of our immigration laws, meaning ICE mainly targets immigrants who have lived and worked here for years, paid taxes, have U.S. citizen children and are an integral part of our communities.

CBP, on the other hand, is tasked with enforcing our immigration laws along the border. CBP apprehensions generally target recent arrivals, mainly asylum seekers who have come to our borders seeking the protection they are entitled to under our asylum laws. Pursuant to recent policy changes under the Biden administration, enforcement priorities are recent arrivals and those considered a threat to national security or public safety. This differs greatly from Trump administration priorities, when all undocumented immigrants were targets for removal.

What’s the Cost of Immigration Detention?

Increasing the number of detained immigrants comes at great tax-payer expense and with great human costs. We must end the needless detention of immigrants who are subjected to inhumane conditions and often held in jail and prison-like settings, even though they have loved ones they can live with while their cases are pending. Highly effective, proven alternatives to detention exist. This is especially important as COVID rages again and detained immigrants are unable to avail themselves of basic protections, including social distancing.

Thank you so much for your support, 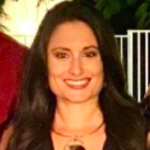