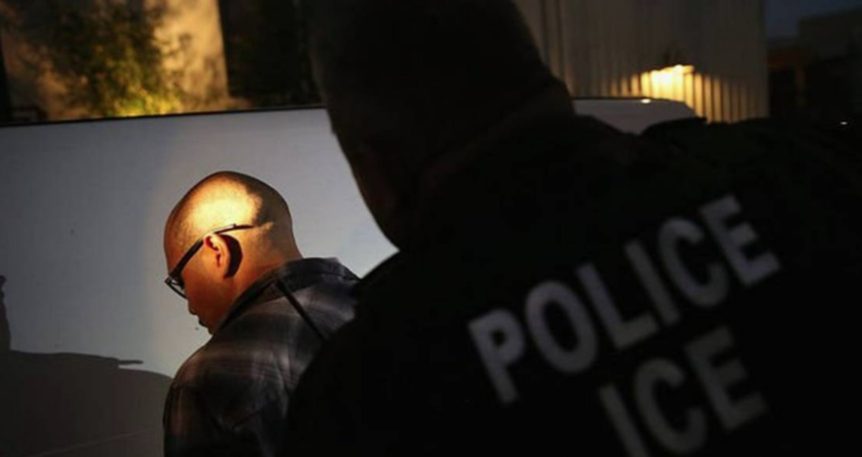 The deportation raids set to start in 10 cities across the country — including in Miami — on Sunday risk putting a new player front-and-center in the national controversy over migrant detention: hotel rooms.

The Trump administration’s immigration crackdown, originally slated to begin late last month before being delayed, could sweep up the 2,000 individuals targeted by ICE for deportation — as well as other members of those individuals’ households, who will also be asked to produce immigration documents.

But because there are no family detention centers in South Florida, ICE plans to use area hotels to hold families for a maximum of 24 hours before they are transferred to facilities out of state, and eventually deported.

That doesn’t sit right with the thousands of hospitality workers, many of them immigrants themselves, who call South Florida home.

“We have reached out to our hotel employers to say that we don’t think they should be cooperating with these ICE raids that are taking place, nor should they be allowing their hotels to be essentially used as jails,” said Wendi Walsh, secretary and treasurer of Unite Here Local 355, the only hotel worker union in Miami-Dade County. “These hotels are meant to be a welcoming experience for people all around the world and we don’t expect any guests would look favorably knowing they’re being used as detention centers.”

Of Unite Here Local 355’s nearly 7,000 members, Walsh estimates that up to 90% of them are immigrants, many belonging to families of mixed immigration status. She said that, while the union has yet to hear of any South Florida hotel reaching an agreement with ICE, they are remaining vigilant and are ready to spring into action if and when that status quo changes.

“We are hoping to work cooperatively with these hotel companies to reach an agreement that they will not house detainees in their hotel,” she said. “But certainly, if we get an indication that a hotel company chooses to use their hotel as a jail, then we absolutely will be publicly opposing that in every way possible.”

Turning to hotels for short-term migrant detention — particularly for those who are pregnant or accompanied with children — isn’t a new practice for ICE. The agency has historically placed migrants into hotel rooms when there is no nearby bed space in family detention centers — at a cost that is often lower.

According to an Immigrant Legal Resource Center review of a Department of Homeland Security data set, the more than 1,000 facilities that have at some point been used by the federal government to detain immigrants include 12 hotels. Of those hotels, one is located in Miami: the Comfort Suites in Kendall.

In October 2002, a ship carrying 212 asylum seekers from Haiti arrived in South Florida. Many of the unaccompanied children and women with children on the boat were, according to a Florida Immigrant Advocacy Center report, carted off to detention at the Comfort Suites. The report describes how migrants were kept as “virtual prisoners in their rooms” in a facility that also had a pool and fitness center on the premises.

“[Asylum seekers] weren’t able to leave their crowded rooms unless going to immigration court. Access to medical care was a serious concern, and one young boy who had been seriously ill for days had to be rushed to Jackson [Memorial Hospital] for emergency care,” said Cheryl Little, Executive Director of Americans for Immigrant Justice and author of the FIAC report. “As I recall, armed officers were stationed outside motel room doors and initially our attorneys weren’t allowed access to meet with the Haitians.”

When reached for comment, a spokeswoman from Choice Hotels, the Maryland-based hospitality franchiser that owns several hotel brands including Comfort Suites, didn’t confirm whether immigrants were once held in the Kendall hotel. Instead, she issued the following email statement: “We are not aware that any of our franchised hotels, all of which are independently owned and operated, are being asked to serve as detention facilities. We do not believe hotels should be used in this way and will decline any requests to do so. We ask that our franchised hotels only be used for their intended purpose, which is to provide travelers with a welcoming hotel room.”

By far, the hotel in the nation that’s been most heavily used for migrant detention purposes in recent years is the Quality Suites San Diego Otay Mesa hotel in San Diego, California. Records show that ICE has booked thousands of migrants there since fiscal year 2016. According the Texas Tribune, patrons of that budget hotel — located less than a mile away from the southern border — left online reviews that described their shock over the heavy security presence in the hotel. “Prisoner layover?” asked one guest in a 2017 review. “Scary!!!” wrote another.

Back in South Florida, the specter of an immigration crackdown — combined with the prospect of many immigrants’ workplaces, hotels, becoming quasi-detention facilities — is putting some hospitality workers on edge.

“There are some people who are nervous, whether or not they are documented here in the United States,” said Walsh, from the hospitality worker union. “We know that immigrants get treated with a broad brush when things like this happen. But I would say that, more than being fearful, people are quite angry that this is the way our country is treating the people who are seeking refuge.”

When asked about how extensively ICE plans to use local hotels for migrant detention, an agency spokesman sent the following statement: “Due to law-enforcement sensitivities and the safety and security of U.S. Immigration and Customs Enforcement personnel, the agency will not offer specific details related to enforcement operations.”

Representatives from two global hotel chains with important South Florida footprints, Hyatt and Hilton, told the Herald via email that they aren’t aware whether their hotels are being considered by the US government to be used for migrant detention. Were they to be approached by ICE, though, both chains said they would decline the agency’s business.