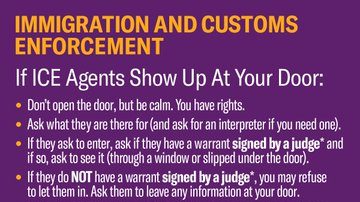 President Donald Trump’s Immigration and Customs Enforcement department is, according to reports, planning on launching immigration raids on Sunday in ten cities — Atlanta, Baltimore, Chicago, Denver, Houston, Los Angeles, New Orleans, New York City, San Francisco, and Miami. Details about the proposed raids are still scarce, but Trump appears to be targeting about 2,000 people who have been ordered deported but have remained in the country anyway. But, more worryingly, ICE says it will also arrest any other undocumented people that may be on-scene wherever they go.

On Friday, the Naples Daily News reported that ICE agents had arrived already in Immokalee — a low-income community full of undocumented farmworkers who already work under some of the most grueling and exploitative labor conditions in Florida. It’s unclear whether the ICE actions there were related to the raids set to begin this weekend in Miami, but the point is the same: Trump’s Department of Homeland Security has no issue going after vulnerable immigrants anywhere in America.

As such, here’s a primer on how to prepare in the event of an ICE raid.

“.@FLImmigrant said it’s operating a deportation immigration hotline that is often used for immigrants to know their rights. [It] is also gathering volunteers.”

Folks protect yourselves and KNOW YOUR RIGHTS:

If ICE comes to your house, don’t open the door

Make a plan for you and your family

Our families are being threatened & we need all hands on deck.

If you have papers, drive undocumented friends to get groceries & carpool. ICE can not question passengers

Look out for your friends/neighbors

Here are guidelines from the Immigrant Defense Project: 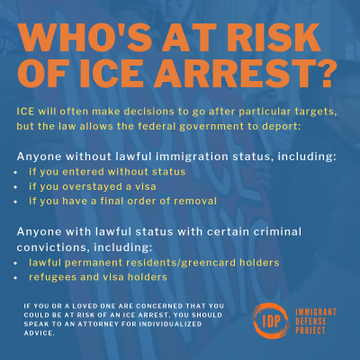 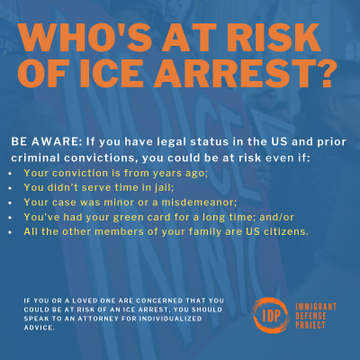 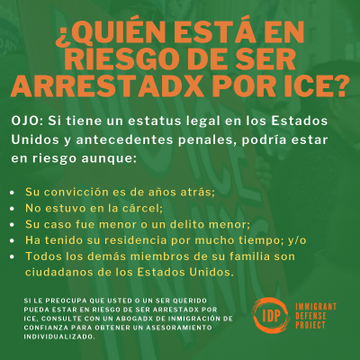 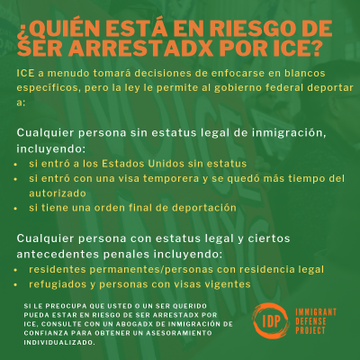 we’ve created 6 shareable infographics on what to do when you #knowyourrights but ICE violates them! They’re based on 6 years of tracking how ICE makes arrests and the reality that #ICE doesn’t respect the rights of noncitizens

If you’re detained by ICE, how you can fight your case depends on your past experience. This 2-pager helps you understand what type of case you’d have in the case of ICE detention & to #KnowYourRights! Check it out at https://bit.ly/2JKZBP4

US Immigration and Customs Enforcement plans to begin raids across the country Sunday to arrest thousands of family members who already have court orders to be removed. Please call @FLImmigrant at 1888-600-5762 for more information any day at any time. #ICE

Everyone in this country has rights, no matter their immigration status! Practice exercising your rights with your loved ones: http://www.aijustice.org/family_defense_program …
When we’re informed & prepared, we are all safer. #KnowYourRights #FamiliesBelongTogetherhttps://nyti.ms/32iM09Q

And, lastly, here are factsheets from the American Civil Liberties Union: 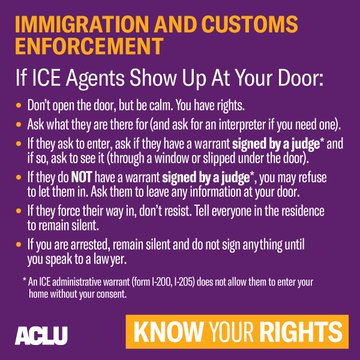 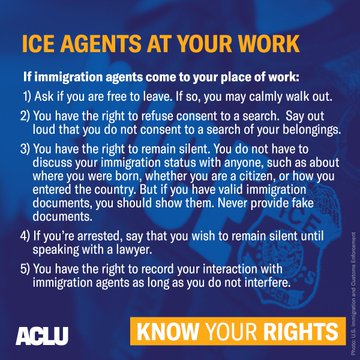 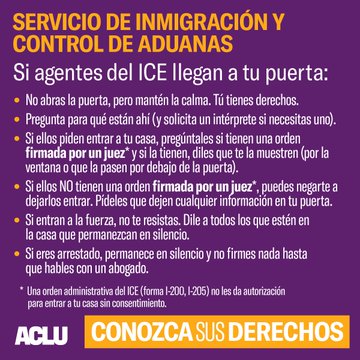 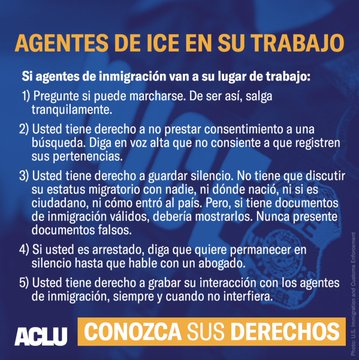 See ACLU of Florida’s other Tweets 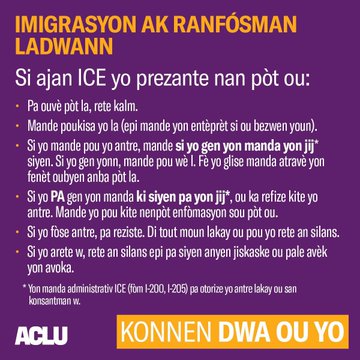 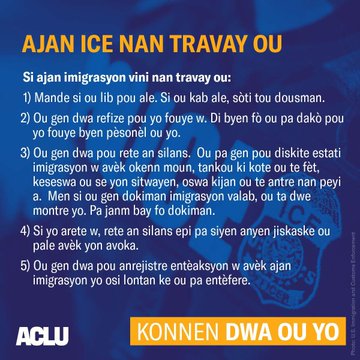