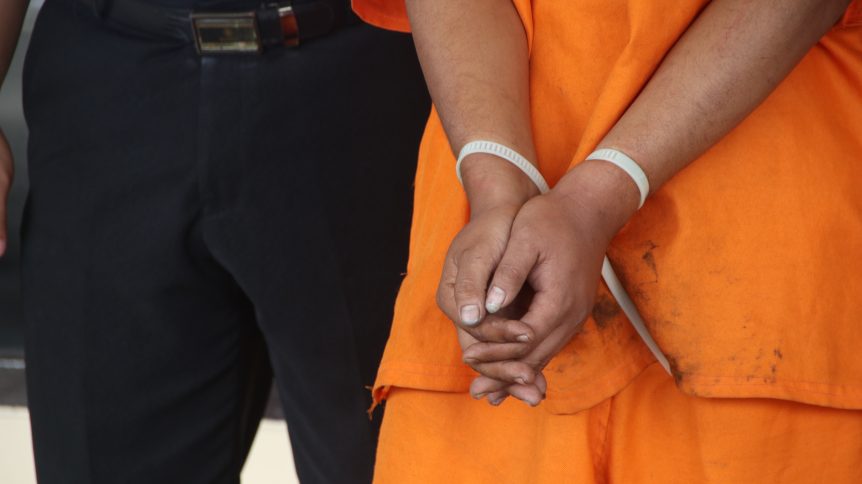 “Attorney Lisa Lehner of Americans for Immigrant Justice, a Florida non-profit immigration organization, told the judge that her client, Deivys Perez Valladares, who was transferred from Broward to Krome, never received a decision regarding his release or an explanation for his transfer.

‘Medical staff at BTC did not complete a medical examination prior to transferring him,’ Lehner said of her client, who has tachycardia and depends on multiple doses of insulin a day to manage his diabetes. ‘During the transfer for Krome, Valladares and the other detained men were not provided with a mask. The guards supervising the transfer were also not wearing masks.’

She said that when Valladares arrived at Krome, only the guards there were wearing masks, not the detainees. Valladares was placed in a general population pod with about 60 other men, ‘where practicing social distancing was impossible and the man sharing his bunk was sick.’

ICE has not yet filed responses in the cases of Lopez, Ali and Valladares. The agency did file in opposition to three other cases. In portions of the three responses, the government issued identical statements, arguing that detainees’ being unable to social distance is not grounds for their release.”