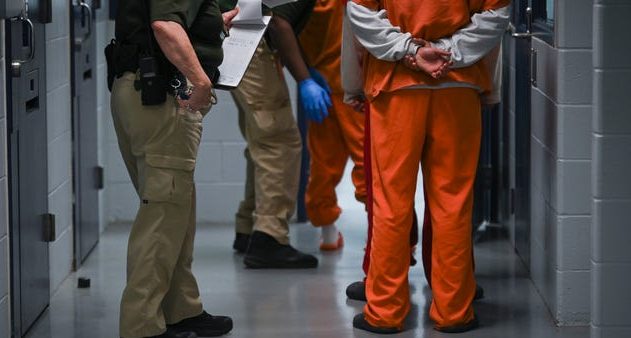 Detainees at three Florida facilities have slammed U.S. Immigration and Customs Enforcement‘s bid to escape an order requiring it to improve conditions and limit transfers due to the COVID-19 pandemic, saying the Florida federal court’s ruling was justified and more recent events only reinforce that conclusion.

Responding Monday to ICE’s motion for reconsideration of the June 6 preliminary injunction, the detainees argued that the agency’s focus on a recent ruling from the Eleventh Circuit is misguided because it did not break new ground, as ICE contends. The district judge already applied the “precise” standard that ICE sets forth in its motion, they said, and the agency also failed to challenge her findings that it failed to follow its own regulations, which alone provides grounds for the injunction.

Additionally, they argue that events since the injunction was entered — including the possible COVID-19 death of a potential class member while in ICE custody — have only added to what was already a robust body of evidence.

“[T]he court here dug deeply into the factual record that it had before it and concluded that the evidence — including ICE’s demonstrated, persistent failure to follow its own rules — showed its deliberate indifference to petitioners’ risk of contracting COVID-19,” the detainees said.

Fifty-eight detainees at Krome Detention Center in Miami-Dade County, Broward Transitional Center in Broward County and Glades County Detention Center filed suit in April, claiming ICE was failing to prevent the spread of COVID-19 and requesting the release of a proposed class of vulnerable prisoners. At the time the suit was filed, the three facilities had no confirmed cases of COVID-19, but since then all have reported several dozen cases.

On June 6, U.S. District Judge Marcia G. Cooke granted the detainees’ motion for class certification as well as their request for a preliminary injunction after finding that they were likely to succeed on claims that ICE violated their rights under the Fifth and Eighth amendments by creating an undue increased risk of severe illness or death, including through “deliberate indifference.”

On Friday, she appointed attorney Matthew C. Dates of Stearns Weaver Miller Weissler Alhadeff & Sitterson PA as a special master to inspect the three detention centers following allegations the preliminary injunction is not being followed.

The injunction requires ICE to adhere to the U.S. Centers for Disease Control and Prevention‘s COVID-19 guidelines by providing detainees unrestricted access to soap, masks, disinfectants and other cleaning supplies. The order also demanded stepped-up cleaning routines, education on coronavirus for detainees and staff, and limited transfers of detainees.

But ICE said in its July 6 motion that reconsideration is necessary because of the Eleventh Circuit’s June 15 ruling in the case Swain v. Junior

, in which the appeals court overturned a preliminary injunction that another Miami-based district judge granted to jail inmates challenging Miami-Dade County’s response to the pandemic.

That ruling established a new standard for making a showing of deliberate indifference, saying that “even where prison officials … actually knew of a substantial risk to inmate health or safety, they may nonetheless be found free from liability if they responded reasonably,” according to ICE’s motion.

They pointed out in their response that the appeals court laid out nearly identical standards for deliberate indifference in those two orders in Swain and many of the quotes ICE cited from the June 15 ruling were citations from decades-old opinions.

The detainees also argued that deliberate indifference was not the only basis for the preliminary injunction and that ICE’s motion ignores Judge Cooke’s finding of a likelihood of success on their claim that the agency violated an obligation the U.S. Supreme Court established in the United States ex rel. Accardi v. Shaughnessy

Judge Cooke conducted a thorough review of the evidence, the detainees said, and found that ICE had been flouting its own rules on group quarantining practices known as “cohorting,” failed to use its Alternatives to Detention Program to safely reduce the facilities’ populations, and did not fully comply with safety and hygiene guidelines, including during detainee transfers, the detainees said.

The record also shows that since June 6, ICE has disobeyed the court’s specific order not to cohort people with confirmed COVID-19 cases with those with unconfirmed cases, the detainees said.

They also said that ICE on July 12 reported the death of a potential class member who was transferred into one of the facilities on June 15 and tested positive for COVID-19 on July 2, although ICE has not confirmed the cause of death yet.

“It’s ICE’s right to seek reconsideration, but this will not slow us down,” the detainees’ lead counsel, Scott M. Edson of King & Spalding LLP told Law360 on Tuesday. “We are continuing to prosecute the litigation without delay.”

ICE did not immediately respond to a request for comment Tuesday.